Oskar Lindblom is a Swedish professional ice hockey forward for the Philadelphia Flyers of the National Hockey League. He is the winner of the 2020-21 Bill Masterton Memorial Trophy. Internationally he was a member of the Swedish national team that won the gold at the World U17 Hockey Challenge (2013). To date, he has played 184 regular NHL games scoring 38 goals, 33 assists, and 41 penalties.

Lindblom was born in Gavle, Sweden on August 15, 1996. He has been a fan of the  Washington Capitals player Nicklas Backstrom since childhood. He began playing hockey for the Brynas IF junior ice hockey system, an amateur competition for the 16 to 21 age group.

Lindblom started his career with Brynas IF where he played on the U16, U18, and U20 junior teams. In the 2014-15 season, he was promoted to their professional team who compete in the Swedish Hockey League, the nation's top-flight tournament. He was selected by the Philadelphia Flyers in the fifth round, 138th overall of the 2014 NHL Entry Draft. 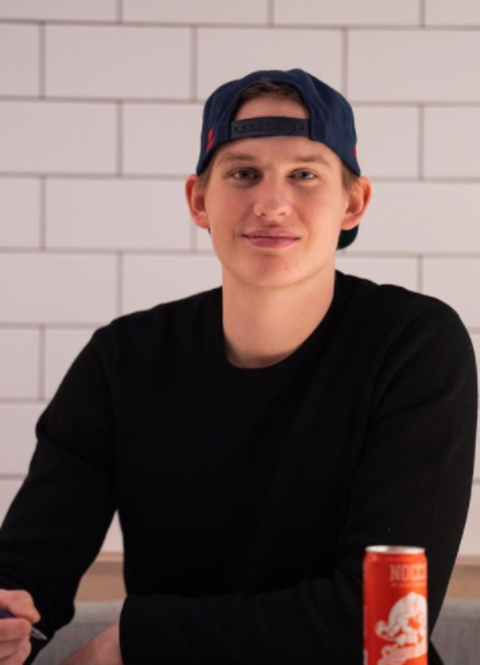 At the end of the 2016-17 season, he was named forward of the year having played for Brynas IF. In 2017, he was assigned to the Flyers American Hockey League affiliate, the Lehigh Valley Phantoms. He was called back to the NHL for the first time on February 19 2018 and played his first career NHL game against the Montreal Canadiens two days later.

In the first season, he played 23 games, scoring two goals and four assists with total points of 8. The following season, he was deployed in 81 outings during which he netted 17 goals and 16 aids. The 2019-20 campaign saw him scoring 11 goals in 30 games including 7 assists and 18 points.

After the regular season of 2020-21, he was announced as a finalist for the Masteron Trophy for the second consecutive year, and on June 15, he was declared the winner of the trophy.

Oskar Lindblom's Net Worth and Earnings

The 24-year-old Scandinavian has grossed over $5 million in career salaries since turning NHL pro in 2017. The Philadelphia Flyers initially set his salaries at around $900,000 a year, reports Hockey Zone Plus along with several other outlets. His current contract is worth $9 million overall which brings him about $2 million annually. 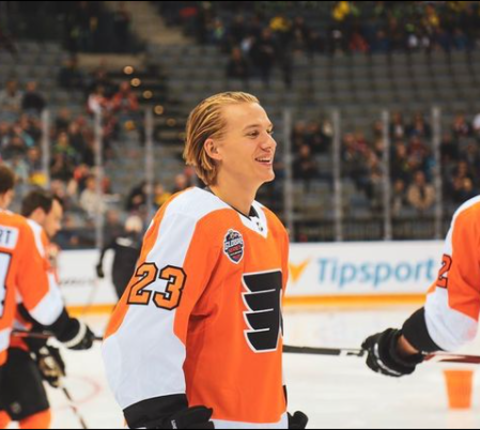 This implies, by the end of his existing accord, he will have raked in over $11 million in professional wages. Also, the season 2023-24 is well anticipated to bring him a salary correspondingly nearing $4 million. In light of the above figures, insiders reckon the Flyers no 28 holds a fortune congruent to any number between $2 to $3 million.

On February 2, 2018, through his Instagram, the Swedish left-wing introduced Alma Lindqvist with a caption, "My Love." Originally, fans had considered the point as the beginning of Oskar-Alma's love story. Though, the hockey player later himself confirmed he had been with Lindqvist since August 2017. 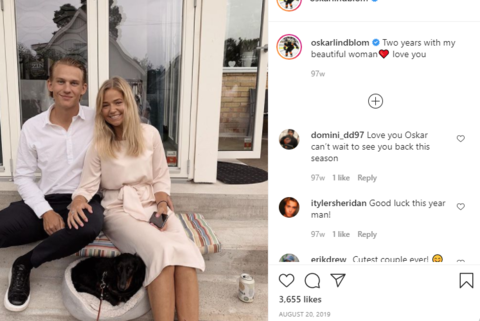 Celebrating two years of being together, Oskar shared a picture of himself and his beloved with the caption, "Two years with my beautiful woman. Love you."

Lindqvist stood strong beside her boyfriend's side during his battle with Ewing's Sarcoma which he was cured of in July 2020. After the treatment, the Gavle born hockey player posted a tribute to his girlfriend thanking her for the support she had given to him. The Swedish couple resides in Philadelphia, Pennsylvania.