2006 Junior Hockey Player of the Year, Backstrom helped the Capitals win the Prince of Wales Trophy and Stanley Cup in 2018. He currently has an estimated net worth of $40 million.

Nicklas Backstrom's Salary and Net Worth

Backstrom’s net worth is estimated to be $40 million. Nicklas Backstrom has earned tremendous wealth throughout his career.

On 14th January 2020, he signed a 5 year $46 million contract extension with Washington.

His salary throughout his career are listed below:

Backstrom owns a house in Arlington which he bought for $2 million from his teammate Jose Theodore in 2010.

Nicklas Backstrom, 34, is not married but is an open relationship with longtime girlfriend Liza Berg. 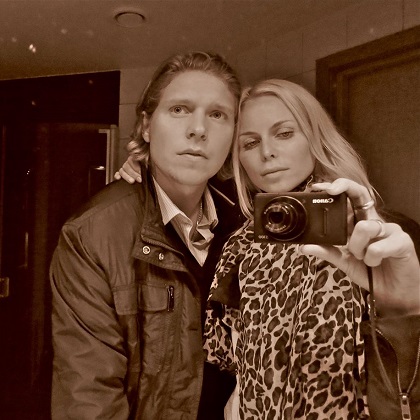 Liza has also featured in an episode of the EPIX show 24/7 Road to the NHL Winter Classic.

Nicklas and Liza have two children together. On 8th October 2013, the duo became a proud parent for the first time following the birth of their baby girl named, Haley. 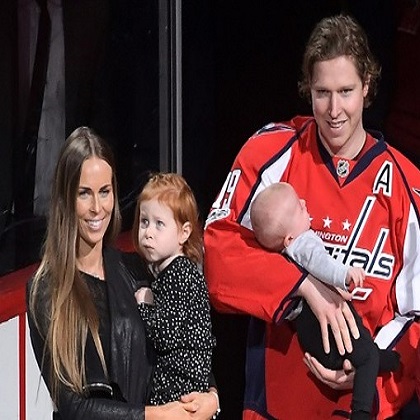 CAPTION: The pair is blessed with a daughter and a son SOURCE: Fabwags.com

After three years, the pair welcomed their first son, Vince on 26th August in Washington. The Swedish born Liza often appears to support Nicklas in his matches.

Nicklas Backstrom was born on 23rd November 1987 in Valbo, Sweden. His Father Andres is a retired hockey player who played for Brynas IF. Whereas his mother, Catrin Backstrom, who is originally from Finland played handball in the Swedish and Finnish Elite League.

Backstrom grew up alongside his elder brother, Kristoffer is also a former hockey player who played for the Hammarby IF and German League.

Coming from a family with the hockey background, Backstrom began playing since his childhood.

At the age of 15, Backstrom started off his junior career playing for the Brynas IF of the J20 SuperElit League. After spending three seasons there, he was called up to the club’s team in the Elitserien. In the 2005-06 season, his numbers prominently improved, posting 26 points with 16 assist and ten goals in 46 games.

Following his successful campaign, he was picked 4th overall by the Washington Capitals at the 2006 NHL Entry Draft. On 10th July 2006, it was reported that he would wait a year prior to leaving Sweden to Play NHL.

On 21st May 2007, Backstrom penned a three-year entry-level contract with the Capitals. On 5th October, he recorded his first NHL point; an assist on a goal by Michael Nylander against the Atlanta Thrashers.

In his second NHL season, Backstrom leads both the Capital and all Swedish NHL players with 66 assists, 22 goals, with 88 points, placing him within the top ten NHL scorers for the year.

At the end of the 2009-10 season, he was placed at No. 4 in NHL scoring with 101 points behind Henrik Sedin and Sidney Crosby, and Alexander Ovechkin. On 17th May 2010, he signed a ten-year, $67 million extension contract with the club.

Backstrom’s hard work has paid him well with various prestigious honors and awards. In 2006 he took home two awards Junior Hockey Player of the Year and Elisterien Rookie of the Year. The following year, Backstrom won NHL Rookies of the Month: December 2007, NHL All-Rookie Team, and was a finalist for the 2007-08 Calder Memorial Trophy.