Oshane Romaine Thomas is a Jamaican cricketer popularly known for his fast bowling. The Jamaican cricketer made his ODI debut for West Indies against India in 2018, where his first international wicket was of Shikhar Dhawan. Oshane has been awarded a central contract for the first time in the 2019-20 season by the Cricket West Indies.

The Jamaican cricketer was born on the 18th February 1997 in Jamaica, where he grew up with his parents. Oshane had been playing cricket since a young age at the capital of Jamaica, Kingston.

Oshane had a passion for cricket since a young age, he loved cricket over anything, and his parents too were supportive towards him. Oshan attended the Race Course Primary School and later attended the Garvey Maceo High School, where he trained cricket.

After all those school years in school, The Jamaican cricketer made his first debut in the 2016-17 Regional Four Day Competition, where he represented the Jamaica Tallawahs. After all these years and progress in his career, Oshane was named in the squad for the Rangpur Riders. 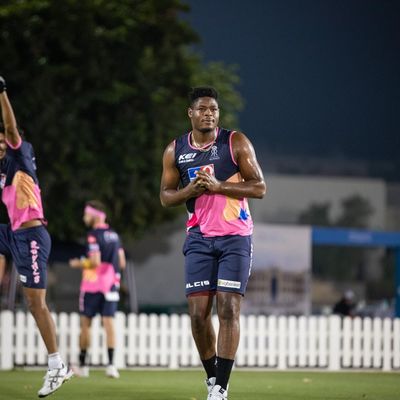 In 2018, Oshane played the 2019 Indian Premier League for Rajasthan Royals. A year later, the Jamaican cricketer was listed player to be watched by the International Cricket Council (ICC ).

Oshane made his ODI debut for the West Indies against India in 2018, where his first international wicket was of Shikhar Dhawan. Back to back, the Jamaican cricketer made his T20I debut taking the wickets of Rohit Sharma and Shikhar Dhawan.

Soon in 2019, after being named in the West Indies squad for the 2019 Cricket World Cup, Oshane was named the man of the match in the match against Pakistan, which led the Cricket West Indies to award him a central contract.

Oshane has played in such a competitive league since a young age. Taking part in the domestic league and having back-to-back international club matches must have led the Jamaican cricketer to have collected some good fortunes to date. The Jamaican cricketer lives a luxurious life. Being named in the West Indies team from time to time for the international matches has increased his net worth.

Oshane playing for the IPL has an income of INR 1.10 crore/year approximately. The yearly salary of the Jamaican cricketer playing for the Rajasthan Royals was £49,000 in 2020, while the salary in 2021 has not been flashed out and is believed to have USD 3 million net worth as of now.

The Jamaican cricketer is not married yet and is single now. Oshane loves keeping his private life private. He is focused on his career and loves his professional life for the time being.

Oshane is not that about his relationship, and there is not much information about his previous relationships. But he might get surprises in the coming years. The Jamaican Instagram is filled with his professional life, including his private life.

The Jamaican cricketer is active on social media and posts about his professional life. His Instagram goes by oshanethomas2265. Followed by 20.2K followers.