Syracuse University alumni, Oshae is a Canadain professional basketball player who is currently under a two-way contract with the Raptors 905 of the NBA G League. Additionally, he is assigned by the Toronto Raptors of the National Basketball Association (NBA). Although he went undrafted in 2019, he signed his first professional contract with Raptors on July 23, 2019.

2019 NBA debutant, Oshae, was born on June 20, 1998, in Toronto, Ontario, to McKeitha McFarlane and Bernard Brissett. As per Brissett's birth details, he is a Canadian native and belongs to the ethnic group of white. Also, Oshae was born under the star sign, Gemini.

Former Athlete Institute player, Oshae is currently under a two-way contract with Toronto Raptors of National Basketball Association. As per his contract, he is reported to earn $79,568 as a salary. Compared to his 2019 salary, he is expected to earn more, i.e., is around $1,549,812 as a salary in 2020, given that if he fulfills all the clauses included in the contract by Raptors.

The rising small forward, Oshae just started his professional career, which probably the only reason why there isn't much information about his net worth and career earnings. As of 2019, he splits his playing time between Toronto Raptors of NBA and Raptors 905 of the NBA G League. Further, the player of NBA G League is expected to earn $35,000 as a salary on average. 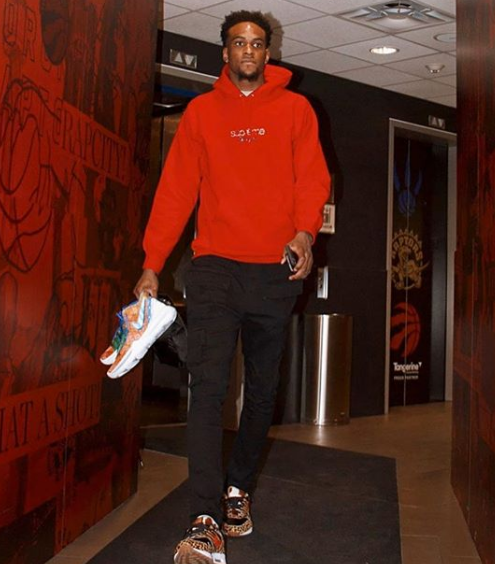 Apart from salary, Brissett also earns additional money from an endorsement deals with the different brands, including Nike. Notably, he often promotes Nike shoes on his Instagram account. However, the information about how much he earns from the deals are not in the media yet.

Reportedly, Oshae is one of the least paid players of the Raptors, while the players such as Pascal Siakam and Marc Gasol are the highest-paid player with an annual average salary of $32,480,000 and $22,642,350 respectively.

In a Relationship with Leesha Callum

The 21 years old famous athlete, Oshae not married yet. However, he is enjoying a romantic relationship with his girlfriend, Leesha Callum. 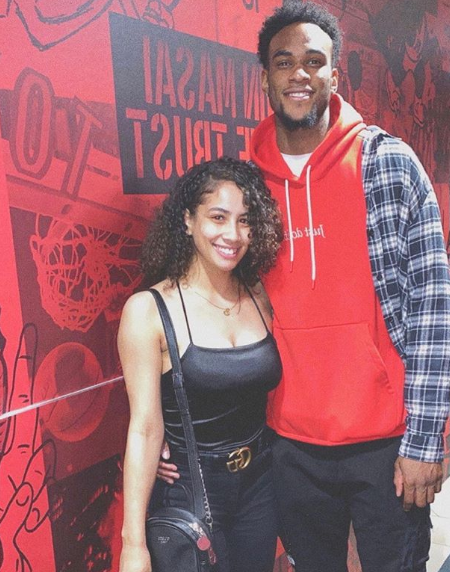 Although the history of their relationship is not available yet, the couple first publically appeared together on social media on October 4, 2019. In particular, Brissett's girlfriend Ieesha posted a picture on her Instagram, with the caption:

On the other hand, Oshae posted the image of his girlfriend, Leesha, for the first time on October 1, 2019, captioning the picture Eternal with love emojis. Apart from the romantic relationship, the couple often spends quality time with each other, spending romantic time in exotic places.

As of 2019, Oshae is under a two-way contract with Toronto Raptors of National Basketball Association. Although he went undrafted in 2019, he signed his first professional contract with Raptors on July 23, 2019.

As per the contract, he is supposed to split his time with Toronto Raptors of NBA and Raptors 905 of the NBA G League. Additionally, he made his MLB debut on November 19 against the Miami Heat.