Orbelin Pineda is a rising Mexican profesional football player. He is currently playing in the Spanish Football League, La Liga for Celta Vigo. Orbelin plays as an attacking midfielder/winger for his club and country. Pineda turned professional in 2014 and wears no.18 jersey while playing for club and nation.

Orbwelin Pineda was born Orbelin Pineda Alvarado on March 24, 1996, in Coyuca de Catalan, Guerrero. He is the son of Juan Pineda and Mirna Alvarado Sanchez. Orbelin has an elder brother Onay Pineda, who is also a football player. Talking about his physical appearance, Pineda stands five feet and eight inches tall and weighs 60 kg.

Orbelin Pineda has an estimated net worth of more than $10 Million. A football player does not earn only through his contract and salary; rather, they make a handsome amount from their sponsorship and advertising deals. Pineda signed a five-year contract with Celta in early 2022 for a reported fee of more than $8.8 Million. 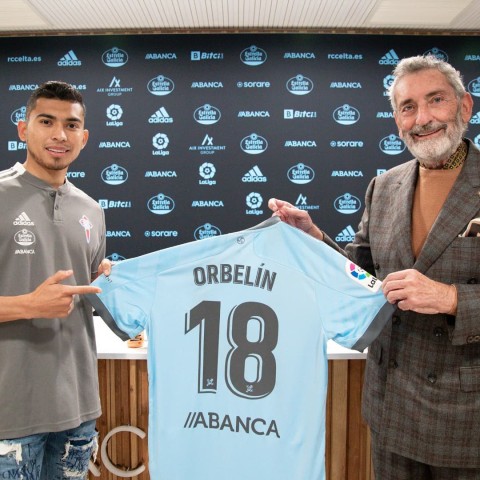 Orbelin will receive more than $1.5 Million as his salary for the upcoming five years. In 2018, The player signed a $12 Million contract with Cruz Azul. He received an annual salary of $4 Million. Pineda is very early in his career and will be making millions in the future.

Orbelin is an active social media user. He is very open about his relationship status. Pineda exchanged his wedding vows along with his longtime girlfriend, Gabriela Rios. They had a private wedding ceremony in front of their close friends and family members in early 2018. In October, Pineda shared about expecting their first child together. 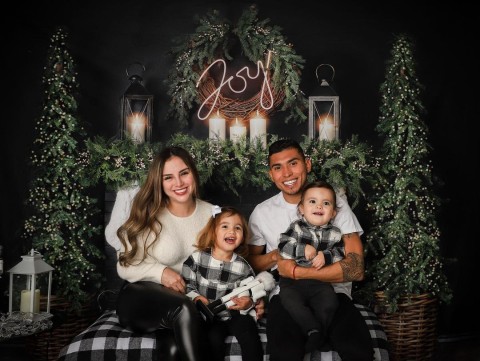 The family of two extended to three in February 2019. Both are active social media users and keep sharing each other's photos on their timelines. In April 2020, Orbelin posted a photo expecting their second child together. In September 2020, Orbelin and Gabriela welcomed their second child. Pineda spends most of his free time with his children.

Orbelin started playing football with Queretaro's youth club in 2012. He earned his senior team cal in 2014 and made his professional debut for Queretaro. The player signed a two-year contract with the club for an undisclosed fee. Pineda appeared in forty-four games and scored eight goals for the team in two years.

In early 2016, Guadalajara signed him for an undisclosed price on a five-year contract. In his second season with the club, They won the Clausura Copa MX final and won the league title. In 2018, Pineda was part of the CONCACAF Champions League winning team. At the end of the 2018 season, The player moved to Cruz Azul for $12 Million. The team won several titles in the next three seasons, and in early 2022, Celta Vigo signed him for a reported five-year $8.8 million contract.

Orbelin has represented Mexico in the U20 division and senior team. He played in three games for Mexico U20 and has been part of Mexico's senior team since 2016.