2.13-meter tall, Ömer (Faruk) Yurtseven is a Turkish basketball player known for his college basketball contributions as the center for Georgetown Hoyas of the George Town University. He also played for the Big East Conference directly transferring from NC State. Seen as a prospect, Omer will be trying for an NBA draft in 2020 after two trials. He is also famous for winning a bronze medal in the 2016 FIBA Europe Under-20 Championship.

He was born to Turkish parents in Istanbul Turkey on June 19, 1998. Growing up, he played basketball in his school and also played for the Turkish youth national team in Turkey. In the 2014 FIBA Europe Under16 championship, Yurtseven was picked as best five. He was also selected to compete in the Jordan Brand Classic Tournament. 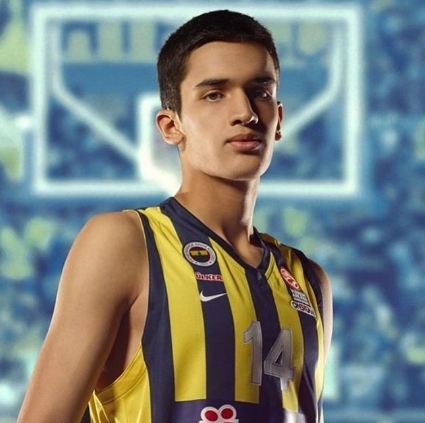 On March 20, 2015, he made his EuroLeague debut, against Emporio Armani Milano, scoring 2 points, in 1 minute and 4 seconds of play-time.

Then on October 5, 2015, he played against the Brooklyn Nets, at the Barclays Center, in Brooklyn, New York, and won over Nets with exceptional performance. With his game against Nets, Omer became the youngest player in history to play in an NBA preseason, just at 17.

As an underage player, he then joined North Carolina State University but was able to play only 30% of the total games, as he was still underaged. While in college, he tried for NBA draft 2017. As he wasn't selected, he returned to North Carolina University and earned All-ACC Third Team honors in sophomore year, in 2018. However, he transferred to Georgetown On April 16, 2018. He also represented Georgetown in his college days and with a few games due to ACL problem he missed much of the season, however, he has applied for the 2020 NBA draft, and now all eyes are set on him.

So far this college prospect has studied in Scholarship and has attended several drafts, but he hasn't been drafted by the NBA, though he represents Turkey in the nationals, he hasn't specifically been an economically active athlete. But, if he is picked by any team, he should receive around $350 to $400 thousand per rookie season.

He respects his father to a great extent and his Instagram doesn't feature much of his personal life other than his snaps from NCCA events, hence we are unaware if he has any girlfriend. But given that he is a famous and super handsome man, we expect he might be dating someone behind media eyes.

He is sometimes seen hanging out with friends, but none of his pictures shares his family photograph either so at this point its difficult to know if he is dating someone.

For, more on up and coming prospects, keep up with Playerswiki.