Balaklava, South Australia native, Olivia Thompson was born on 20th January 1993, under the star sign Aquarius. She holds an Australian nationality and is of white ethnic background. The twenty-seven years old stands 188 cm (6 ft 2 in) tall.

How Much Is Olivia Thompson's Net Worth?

From a decade-long basketball career, Olivia Thompson has summoned a decent sum of money. At the present time, Olivia Thompson's net worth is approximately $0.1 million.

Currently, she is signed to WNBL side Perth Lynx where a minimum base wage of $13,000; a 73 percent increase from the previous season. Earlier, she played overseas during the WNBL off-seasons. According to the source, the Premier League or Euro League pays no less than the six-digit figure. Besides, like any other athletes, basketball players has endorsement deals.

No. 11 – Perth Lynx forward is a quite confidential person when it comes to her love life. Thompson being a low-key person has not dropped a hint about she being in a romantic affair or boyfriend on her socials. Her official IG only features her solo pictures with basketball. 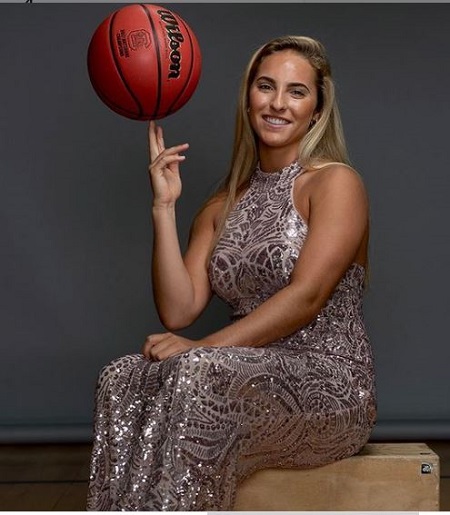 With less to no information regarding her relationships or boyfriend, the basketball player is assumed to be single and focused on her career rather than anything else in life.

Thompson began her journey in 2009 signing to the Australian Institute of Sports. In 2012, she moved to Townsville Fire, where she played in two consecutive WNBL Grand Finals, falling short on both occasions. During the WNBL off-season, she played for her junior association, the Forestville Eagles, in the Premier League in 2012 and 2013.

In 2014, she signed to the Melbourne Boomers where she played until 2017. Further, she joined the Brisbane Spartans, leading the team to win the SEABL Championship (during off-season). On 1st June 2017, Thompson signed with the Perth Lynx.

At the international level, Thompson made her debut for the national side at the 2009 FIBA Oceania Under-16 Championship in Brisbane. There, team Australia won Gold and secured place at the inaugural Under-17 World Championship the following year. Further, Thompson played at the FIBA World Championship in France where Australia placed seventh. She was also a team member at both the 2013 and 2015 Universiades in Kazan, Russia, and Gwangju, South Korea respectively.