Odysseas Vlachodimos is a Professional German-born Greek player who plays as a national player for Greek as a Goalkeeper, and he also plays for the Portuguese club Benfica. He has started playing football from a very young age of 7, and he first played from Vfl Wangen from 2000 to 2002.

Odysseas Vlachodimos debuted for Greece in a 1–0 win over Finland on November 15, 2018.

Is Odysseas Vlachodimos involved in a relationship? Girlfriend

Yes, Oddysseas is engaged to a girl named Elena. They have been dating each other for a long time, and they have a daughter named Amelia. She may be 2-3 years old, and as per their Instagram post, Elena is pregnant with a baby boy. 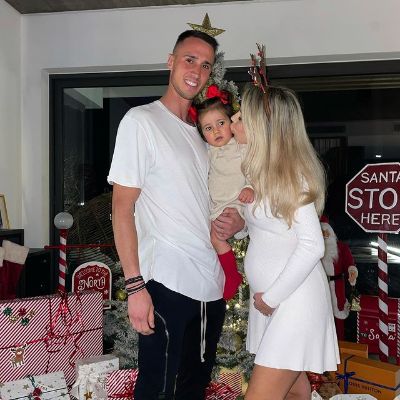 Odysseas Vlachodimos with his daughter and fiance SOURCE: [email protected]

Furthermore, they both look perfect together and will marry each other in the future. She will have a son soon this year, and they are excellent parents as they express their happiness of being mother and father.

Net worth and Salary of Odysseas Vlachodimos?

Besides, he has a great life with his children and girlfriend.

The current goalkeeper of Benfica club, Vlachodimos, was born on April 26, 1994, in Stuttgart, Germany. He is 6 feet 2 inches tall and white while he was jersey T-shirt 99 from Benfica Club. He is 78 kg in weight, his zodiac sign is Taurus, and he has no tattoos on his body. 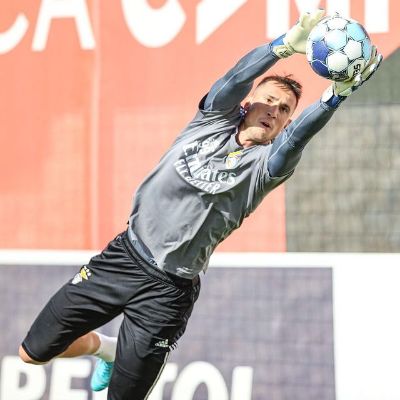 Besides, he has a fiancee named Elena, and he has a daughter named Amelia, who is around 2-3 years old. As per his Instagram post, he will soon be a son's father.

Is he active on Social media?

Former player of Panathinaikos, Odysseas began playing football when he was seven years old from a club named Vfl Wangen's, and he played for VfB Stuttgart from 2002-to 2013. After that, his senior career started at VFB Stuttgart II Club from 2012 to 2015, and he had played 68 games there. 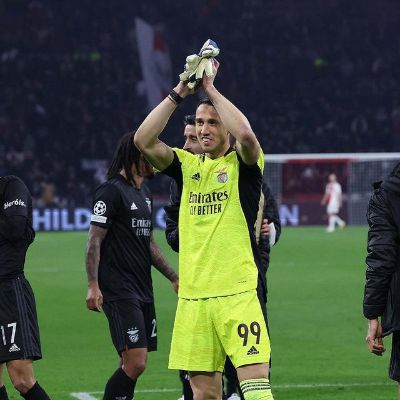