Nuwan Pradeep is a well-known cricket player from Sri Lanka who came into the limelight when he won a bowling speed contest in 2007. The right-arm fast bowler is regarded as the most peculiar find of Sri Lanka cricket. Further, he has accumulated praise in Sri Lanka for bowling almost identically to Lasith Malinga. Domestically, Pradeep has played for multiple teams, including Ruhuna, Kandy Tuskers, and Dambulla Giants.

Moreover, he has also represented the Sri Lankan national team in numerous games. He made his Twenty20 International (T20I) debut for Sri Lanka against England on July 5, 2016. Similarly, he was also named in Sri Lanka's squad for the 2021 ICC Men's T20 World Cup in September 2021. Apart from his professional life, Pradeep often gets into media prominence regarding his personal life as he is happily married to his longtime partner, Nilakshi Champika.

Aththachchi Nuwan Pradeep Roshan Fernando was born on October 19, 1986, making his age 35 as of early 2022. He is a native of Negombo, Sri Lanka, who was raised in a multilingual fishing neighborhood in Negombo.

Furthermore, Pradeep comes from a superior family. However, we are unaware of his parents, and other family members as Pradeep has not given any peek into his family background yet. Not to mention, Pradeep holds Sri Lankan nationality and stands at the height of 6 feet 2 inches (1.89 m).

Pradeep has played domestically for multiple teams. Starting with his presence in IPL, he was by Royal Challengers Bangalore for the 2011 Indian Premier League in the year 2011. Despite being picked by the team, he didn't play any games. 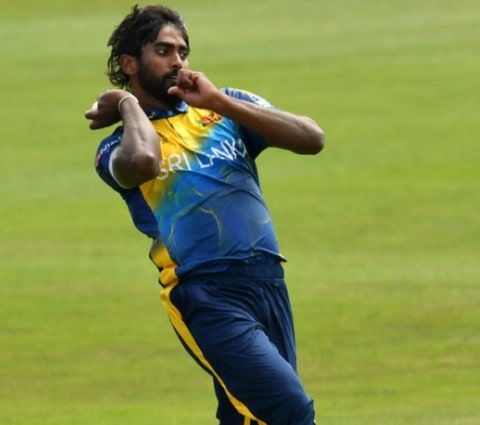 Similarly, he was named on Kandy's team for the 2019 Super Provincial One Day Tournament. And in October 2020, the Kandy Tuskers drafted him for the inaugural edition of the Lanka Premier League. He was also a part of the SLC Greys team, who participated in the 2021 SLC Invitational T20 League tournament.

Furthermore, Pradeep made his test debut in October 2011, playing against Pakistan. During that time, he was just 24 years old. On June 25, 2012, Pradeep took his first international wicket by dismissing Mohammad Ayub of Pakistan at Galle International Stadium. In the same way, his Twenty20 International (T20I) debut for Sri Lanka came on July 5, 2016, versus England.

Similarly, he has also played in numerous ODI games representing Sri Lanka. He made headlines on the internet in 2017 when he conceded 106 runs in his ten overs in a match against India. Back in 2019, Pradeep was named to Sri Lanka's squad for the 2019 Cricket World Cup. In a game against Afghanistan, he took four wickets for 31 runs. 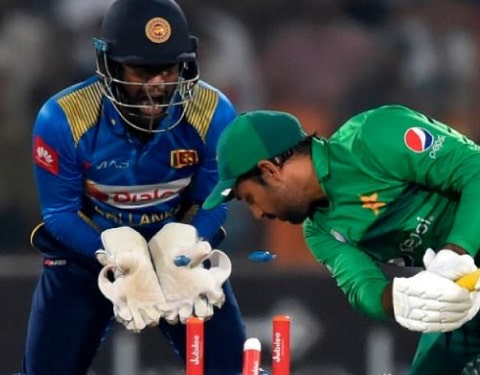 Nuwan Pradeep in one of his games SOURCE: Twitter @ESPNcricinfo

In addition to that, he was also named in Sri Lanka's squad for the 2021 ICC Men's T20 World Cup. Meanwhile, he has also been honored with some titles. For your information, Pradeep was one of 33 cricketers to be awarded a national deal by Sri Lanka Cricket ahead of the 2018-19 season.

Nuwan Pradeep Salary and Net Worth

Pradeep makes most of his gains from being a professional cricket player. Domestically, he represented multiple teams. And he was also signed by the Royal Challengers Bangalore in the IPL. Salary Sport reports that he had a wage of £9,016 per year while he was at RCB.

Besides that, his performances also helped him to get some cash prizes. In the 2019 Cricket World Cup, he played in a game against Afghanistan and in the respective match, he took four wickets for 31 runs, being named man of the match. So, during that time, Pradeep surely took home a good profit. 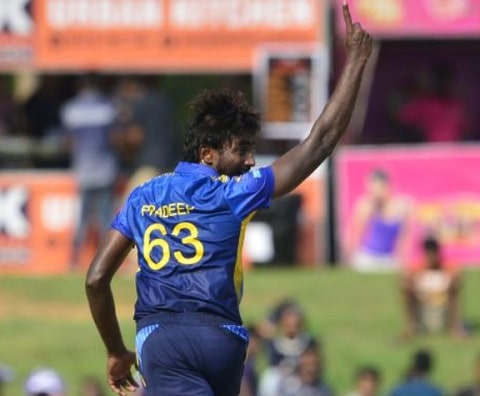 Earning a good sum of cash from his profession as a cricket player, Pradeep has preserved a huge net worth which is surely a million dollars. In Sri Lanka, a cricket player has an average salary of $60,000- $100,000. Being associated with the national team, Pradeep may gain in the same range.

On the other hand, professional cricketers also work with sports brands and promote them, and the companies also pay them pretty good money. In this way, Pradeep may have cooperated with some brands, which may be his other source of income.

Love Life: Pradeep Is Married To His Wife

Moving into his personal life, Pradeep is a married man who leads a blissful life with his wife, Nilakshi Champika. The love birds dated each other for many years before walking down the wedding aisle on May 7, 2015.

Moreover, their wedding ceremony was held privately in the presence of their family, friends, and close ones. Their special moment was captured by Studio ART Photography, and their wedding photos & videos can be easily found on Facebook and YouTube. 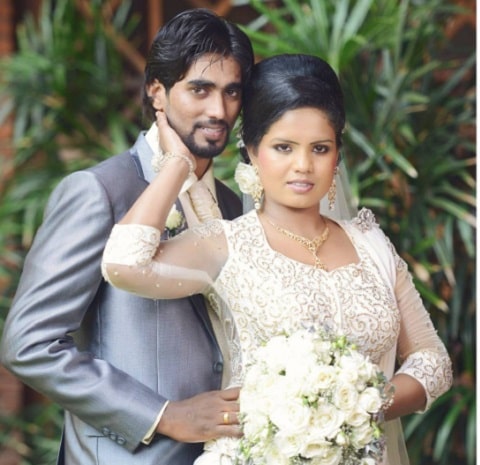 Further, Pradeep and his beloved wife live a low-key life keeping themselves away from media prominence. So, it seems like both of them prefer a private life rather than flaunting in the media. Also, both of them are not much active on social media, and we can't find their official accounts on Twitter or Instagram.