Ajantha Mendis is a legendary Sri Lankan former cricket player who played for the Sri Lanka national team. Mendis had played Test, ODI and T20I cricket in his days.Mendis has earned the moniker "mystery spinner" for her peculiar bowling motion variations. He announced his retirement from cricket in August 2019. Ajantha Mendis is one of the most successful bowler in Sri Lanka's cricket history.

Mendis collected 3 for 39 against the West Indies on his One Day International debut at Port of Spain in 2008. He also participated in Indian Premier League games for the Kolkata Knight Riders. With 19 matches, he has the fastest 50 wickets in ODIs total. His maiden Test Match played on July 23, 2008, in Colombo against India, saw him record match stats of 8-132, becoming him the first Sri Lankan bowler to get an eight-wicket haul in a Test debut. In September 2008, Mendis took up the Emerging Player of the Year honour at the ICC Awards event in Dubai.

Who is Ajantha? Bio, Age, Parents

Balapuwaduge Ajantha Winslow Mendis, known as Ajantha Mendis, was born on March 11, 1985, in Moratuwa, Sri Lanka. Information regarding Mendis's father and mother is not available as of now. But, according to the sources, Menids's parents are originally from Sri Lanka and are of Asian background.

Ajantha Mendis is not only his parent's child, along with him there are three more children. Asanka Marlon Mendis, Aruni Mendis, and Rasika Mendis are three siblings of Ajantha Menids. Ajantha is the third child of his parents. He is 5 feet and 11-inches tall and weighs 73 kg. Ajantha has brown eyes and short black hair. Ajantha is born with the Aquarius birth sign. 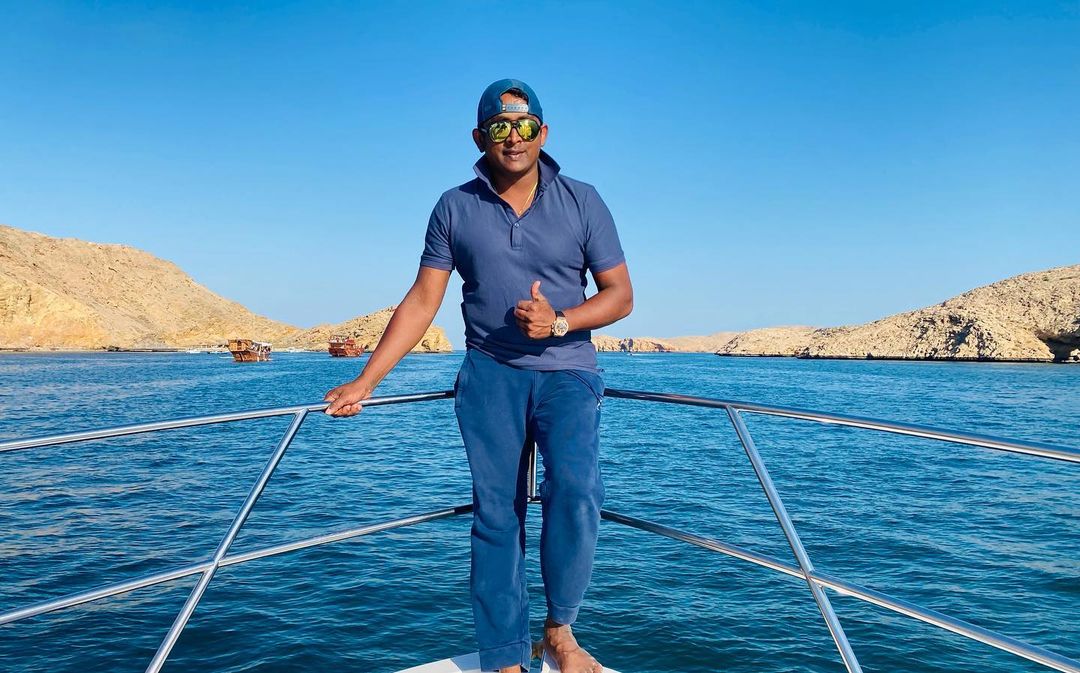 In his hamlet, St Anthony's College at Kadalana, where there were no sports facilities at all, he received his basic schooling. In 2000, he finally enrolled in Moratuwa Maha Vidyalaya. Mendis was just 13 years old when his school coach, Mr Lucky Rogers, first noticed his abilities at a cricket coaching lesson in 1998. He played for the school's under-15 cricket team in 2000, and he was chosen for the starting eleven.

Mendis has played for the Army in 59 two/three-day games and 23 limited over games, where he has taken 38 and 244 wickets, respectively. Mendis often bowls off-spin, but he also has a few other types in his arsenal, including leg spin, top spin, and quicker bowl. He alone produced everything during the domestic seasons of 2006–2007. He continued to have success in the domestic under 23 division 1 competition during the 2007–2008 season, and Sri Lanka Cricket later chose him for its "Academy Squad" pool. 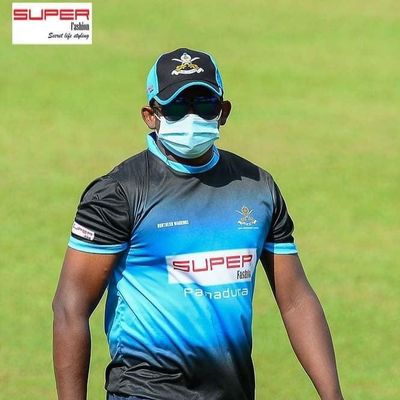 His achievement in the aforementioned event led the National Selectors to pay more attention to him when he emerged as the most successful bowler by capturing 68 wickets in nine matches, a record in any domestic cricket competition. Mendis was supposed to replace Imran Tahir as Hampshire's foreign player for the 2010 County Championship, however, he was unable to stick to his commitment and never played for the county.

Mendis was signed by the Kolkata Knight Riders on May 18, 2008, for the remainder of the 2008 campaign. Mendis was one of the most expensive players sold at the 2013 Indian Premier League Auctions, which were held in Chennai, India, on February 3, 2013, and was bought by the Pune Warriors India. In the Pakistan Super League contested in the United Arab Emirates in February 2016, Mendis participated for Lahore Qalandars.

Mendis was selected for the ODI team for the series against the West Indies after taking 54 wickets at an average of ten during the 2007–08 Premier League to become the leading wicket-taker. On April 10, 2008, he played in his maiden One Day International (ODI) match against the West Indies. The first six-wicket haul was recorded by Ajantha Mendis in the 2008 Asia Cup final against India while playing in his eighth ODI. 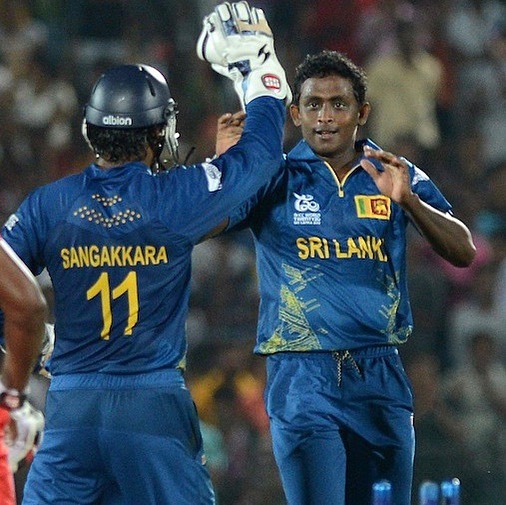 Mendis when he was in Sri Lankan team SOURCE: [email protected]

The third-best bowling performance in a tournament championship and the third-best spinning performance in ODIs both go to his 6 for 13. His 17 wickets are the most for an Asia Cup edition, and he took them at an incredible average of 8.52. In recognition of his efforts, Ajantha Mendis received both the player of the tournament and man of the match awards in the finals. He also smashed Ajit Agarkar of India's 23-match ODI record for the quickest 50-wicket haul. By grabbing 50 wickets in just 19 matches, he shattered the record.

The net worth of Ajantha

Ajantha was an effective right-handed off-spin bowler for Sri Lanka cricket. Mendis participated in a number of international cricket leagues. This implies that Mendis had likely made a sizable chunk of money. During his playing career, Mendis served as the captain of the Sri Lanka Cricket ODI and Test teams. Ajantha Menids had also appeared in multiple Indian Premier League teams. Mendis was signed by Kolkata Knight Riders first time in 2008 with a base salary of INR 12 Lakh. In 2019 he got INR 14 Lakh as a player of the same team and in the following season, he get 14 lakh from the same team. And in 2013 he was signed by Pune Warriors India with the astonishing amount of INR 38,620,750.

As a quality spin player, he also used to earn fabulous money from Sri Lankan national team. He was also listed as a Category A player in Sri Lanka. Not only that. he also earned money through endorsement and advertisement deals. According to the sources, Mendis has a net worth of $12M.

Yes, Ajantha and the attractive Yoshini Mendis are married. The two devoted birds dated for a very long time before getting married. The Mendis pair have also started their own family. Additionally, they have two kids. They exchange vows in 2011 at Colombo's St. Theresa's Church. 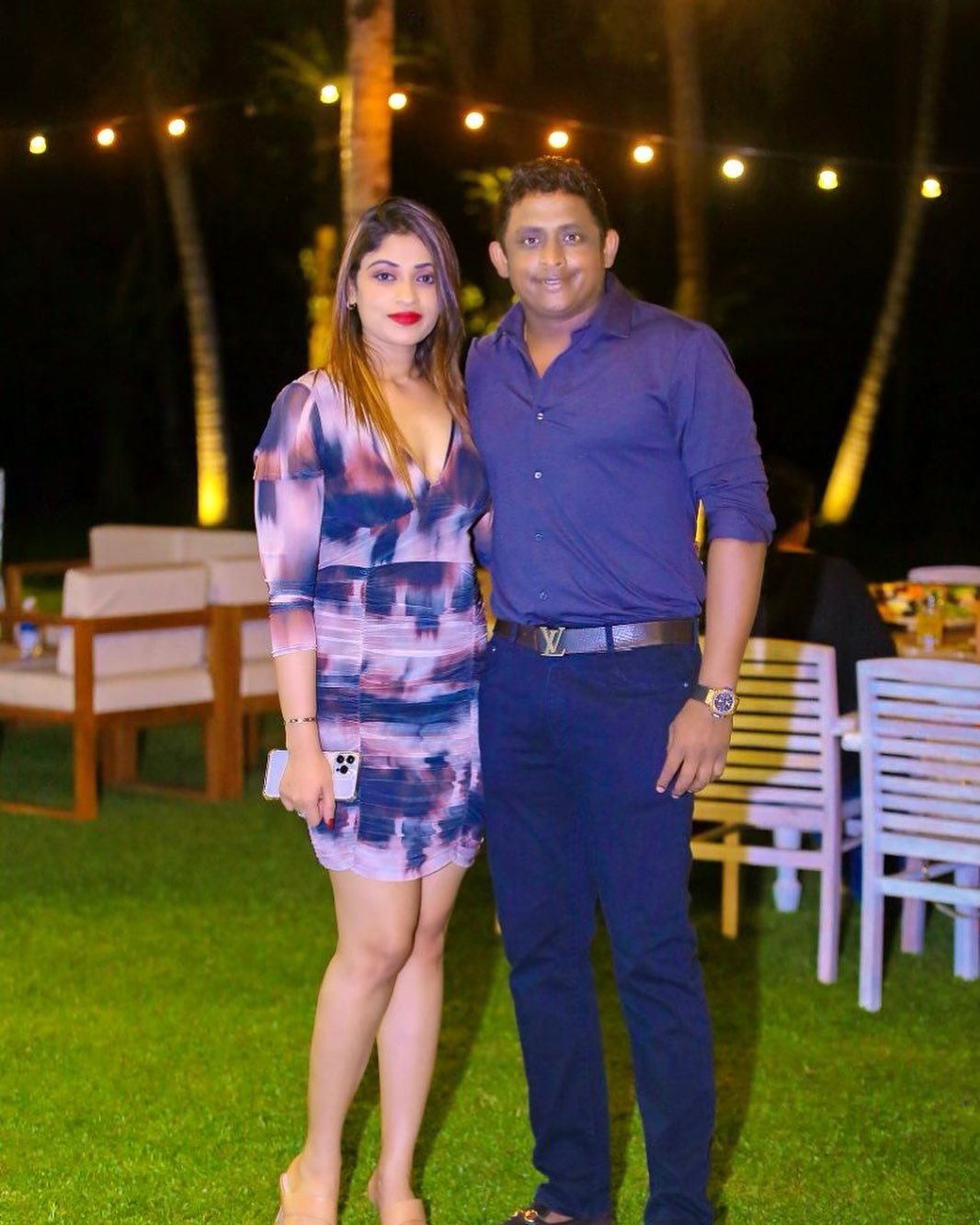 Yoshini and Ajantha both post pictures from their daily lives on social media. An all-around professional bowler appreciates spending time with his family and is a dedicated parent. @ajanthamendis is Ajantha's Instagram handle. There, Ajantha may be followed, allowing us to see his everyday activities.

When he competed in a cricket match against the Army under 23 Division 11 during tournaments in 2003/2004, the Sri Lanka Artillery Cricket Committee became aware of his abilities. After that, he received an invitation to join the Sri Lankan Army's regular army. This was especially noteworthy given the recent decline in the number of cricket players from Colombo schools entering the Army.

He enrolled in part because his father, the family's primary provider, had passed away after a heart attack the previous week. He served as a Gunner in the Sri Lanka Artillery, a regiment of the Sri Lankan Army, after completing basic training and joining the army team. He received a promotion to the rank of Sergeant on July 7, 2008, following the Asia Cup final, and was commissioned as a Second Lieutenant the following day.