Noah Sarenren Bazee is a rising german football player. He is currently playing in the German Football League, Bundesliga for FC Augsburg. Noah turned professional in 2015 and started playing with Hannover 96. Bazee plays as a Right-winger. Sarenren is yet to make his debut for the German national team.

Noah Sarenren Bazee was born Noah Joel Sarenren Bazaee on August 21, 1996, in Stadthagen, Germany. He was born to a Nigerian father and a German mother. Noah did not come from a reputed family and has not shared much about his parents and early life. Talking about his physical appearance, Noah stands five feet and eleven inches tall and weighs 80 kg. 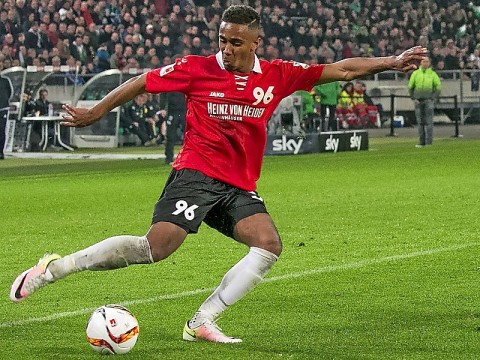 A football player makes a handsome amount from their sponsorship and advertising deals. Noah is very much early in his career and will be adding a huge net worth in the future. Bazee has signed a sponsorship deal with Puma and must have earned a good amount from the deal. His teammate Jeffrey Gouweleeuw has an annual salary of £1,040,000.

Noah is very private about his love life. The football player has not shared a word about his girlfriend and relationship status. Although He has a good fan following in his social media account, Bazee has kept his Instagram account private. There is no rumor of him dating anyone in public. Noah could be single, dating or even married to his wife.

Noah started playing football with his friends in their backyard. He joined SSV Sudwinsen in 2005 and trained with its youth academy until 2007. Bazee moved to several youth academies in the next few years and finally moved to Hannover 96 in 2013. He represented the club in numerous divisions and earned his professional debut in 2015. Noah got to play in the Bundesliga in 2016.

Bazee signed a five years contract with Hannover 96 in 2015. He played with the club until 2019. In those years, Sarenren appeared in nineteen games for Hannover 96 II team and made twenty-eight appearances for the senior team. In June 2019, Fc Augsburg signed him for a season. The player played for the FC Augsburg II team into two games and then played for the senior team. Since joining the team in 2019, Bazee has just appeared in ten games and scored one goal.

Noah is eligible to play for Nigeria and Germany. He initially tried to play for the German side but has not been called to date. In 2017, Bazee was named into the Nigeria squad for a friendly match against Senegal.