Noah Arinzechukwu Okafor is a Swiss professional football player who plays as a midfielder for the Austrian Bundesliga club Red Bull Salzburg and Switzerland. The Swiss midfielder is well known for winning the Swiss in the 2018-19 season with his team Basel, the Swiss U-15 and U-17 teams, and the 2019 UEFA Nations League.

Okafor was born on June 24, 2000, in Basel, Switzerland, where he grew up. His father, a Nigerian, and his mother, a Swiss, have always supported him in the steps of his career. The Red Bull Salzburg midfielder spent his childhood with his brother Isaiah Okafor playing football in the backyard of his house.

Who is Noah Okafor dating? (Girlfriend and Affair)

Okafor is not dating anyone to date. As of information Swiss midfielder has been dedicated to his career, and he's not interested in love.

There is not much information about his previous relationships, and there might not be one cause he is young and has been struggling toward his professional career. As of now, he is single and is enjoying his life as it is. But who knows, the football player might get surprises in the coming years. Okafor loves spending his time with his family on his weekend.

Salzburg's midfielder earns £676,000 per year playing for the team, accrued mainly through his football career. He earns £13,000 weekly. Okafor is also a national player who plays for the national football team of Switzerland. So, being a national player, Okafor may receive more profit. 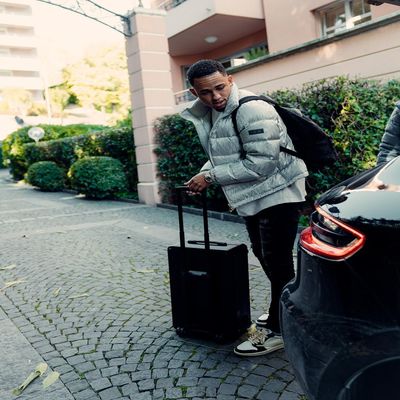 Salzburg's midfielder lives a lavish lifestyle, and his net worth has been significantly increasing, judging from his past years. The Swiss midfielder has an estimated net worth of $1 million approximately, and there is more to come for this brilliant player.

Okafor grew up in Basel, Switzerland, and was passionate about football from a young age, and as soon as he grew up joined the local team FC Arisdorf. A year later, in 2009, Okafor joined FC Basel, where he started his career as a football player.

Salzburg's midfielder signed his professional contract with the club, where he debuted his first match in 2018 against FC Luzern. Okafor, with his team Basel won the Swiss Cup in the 2018-19 season, which had become a turning point for the Salzburg's midfielder.

In the Champions league of 2021, Okafor scored a goal against Sevilla, leading Red Bull Salzburg to progress in 16 as Salzburg signed him in 2020. 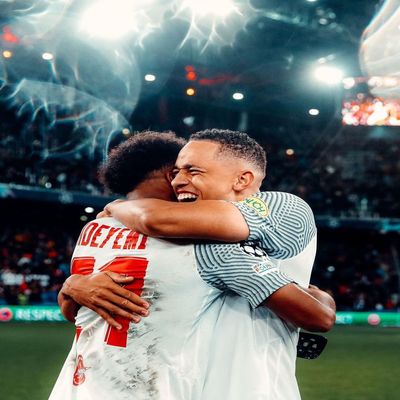 Noah Okafor with his teammate after winning a match
SOURCE: [email protected]

Okafor is listed as one of the players who have played for the Swiss U-15 and U-17 teams. He made his senior team debut on June 9 in the 2019 UEFA Nations League third-place games. Besides, Okafor is listed in the national team that is playing in the FIFA World Cup 2022.

The Swiss midfielder stands 6 feet and 1 inch tall and weighs over 85 Kg. Okafor has short black hair with brown eyes and lying in the Gemini Zodiac family.

Okafor is active on social media with several posts. His Instagram goes by @noah.arinze, followed by 213K followers, where he posts frequently posts about his professional and private life.