Njabulo Blom is a well-known South African professional football player. He is currently playing in the South African Premier Divison club, Kaizer Chiefs, as a central midfielder or right-back. Njabulo Blom has represented South Africa in numerous youth levels and senior levels and is full international for his national team since 2021, where he has made one appearance to date.

Njabulo Bom was born on December 11, 1999, in Dobsonville, South Africa.  He has not hinted about his parents and siblings and; talking about Blom's physical appearance; he stands five feet and six inches tall and weighs 67 kg.

Blom's Salary, Contract, and Net Worth

Njabulo Blom is one of the young admired players who started his professional career in 2019 with Kaizer Chiefs; since then, Chief's right-back has been adding up his net worth and career earnings. As an athlete of Kaizer Chiefs, he earns around €26,400  per year, which is €2,200 weekly playing for the club.

Talking about Blom's net worth, Kaizer Chief's right-back has a net worth of $100,000 and has many years to add million in coming years. Like other athletes, Blom also makes decent earnings through endorsements and advertisements; however, he has not flashed out the deals to his fans to date. 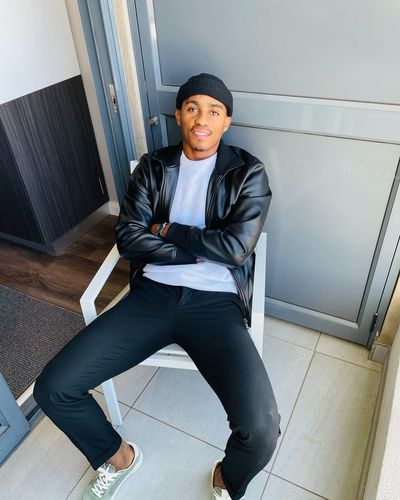 Njabulo Blom is very much private about his relationship status. Kaizer Chief's right-back has not shared a word about his love life to his fans through his social media accounts. Blom could be single, dating, or even engaged. South African central midfielder posts a lot of his professional life on his Instagram, and there are no posts that lead Blom to be in a relationship. But, who knows, Njabulo Blom might be dating in private and waiting for the right time to tell his fans.

He was born in Dobsonville and started his club career with his hometown club Kaizer Chiefs; simply, he debuted for the club on October 1, 2019. A talented player from a young age, he represented the South African national under-20 football team at the 2019 FIFA U-20 World Cup and the 2019 Africa U-20 Cup of Nations. Talking about his senior career, he debuted on September 6, 2021, against Ghana in a World Cup qualifier match. He is the teammate of Eric Mathoho.