Nino Schurter is a well-known Swiss-Cross Country Cyclist. He is known for racing for the SCOTT-SRAM MTB Racing Team. Nino has won eight world championship in men's cross-country competition. He has competed in more than a hundred competitions all around the world.

Nino Schurter was born on May 13, 1986, in Tersnaus, Switzerland. Nino is among the two children born to Franzixca Schurter and her husband, Ernst Schurter, as Nino rose to fame only after his successful career. Hence, his parents' information is unknown to the public. He has a brother named Mario Schurter. He is yet to share his education and academic qualification.

Nino Schurter is living a happy married life along with his wife, Nina Schurter. The love birds walked down the wedding aisle in 2014. The exact information about this marriage is still under investigation. The love birds have been dating for several years before tying their wedding knot. 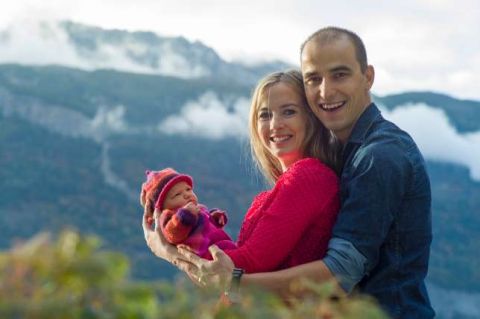 Nino Schurter with his wife and daughter SOURCE: blickr

Soon after the wedding, The love birds welcomed their first child, a daughter, Lisa Sophia. Lisa was born in 2016. The exact birth date of Lisa is not shared with the public. In an interview, Nino shared his daughter's cycling skills.

Nino Schurter has an estimated net worth of more than $5 Million. He credits most of his net worth to his successful career of cycling around the world. Schurter has been racing on the International stage for almost two decades. 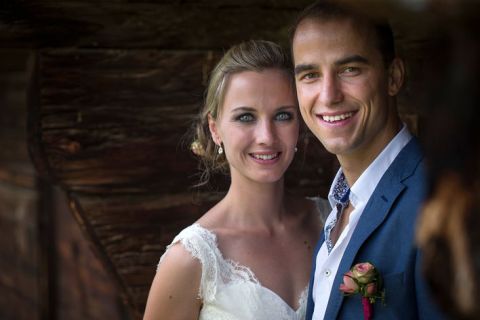 Nino currently rides a Scott Spark RC 900 Worldcup. The prize money of world championships is more than $50,000. He has won the competition more than six times. Also, Nino earns a good amount appearing in several ads and brand endorsements.

Nino started his professional career at a very early age. The cyclist won his first major competition, the Swiss power cup. After years of hard work and determination in his career, Nino got selected by Thomas Frishknecht and started racing along with the team. 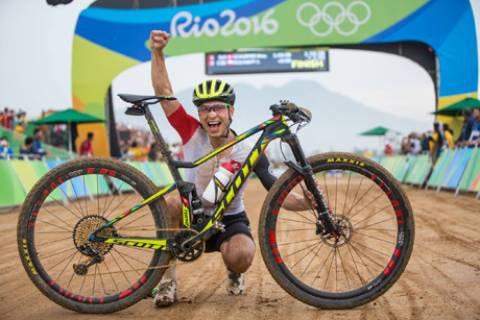 At the early age of eighteen, Nino won his first international competition. He finished first in junior European Champions in 2004. In 2007, Nino turned professional after becoming an official member of the SCOTT -Odlo MTB team. In 2009, He was titled with UCI World OXO Championships.

In the 2011 Olympics, Schurter qualified for the 2012 Olympics, where he won a silver medal. 2012 proved to be one of the most successful in Nino's career. Nono won eleven out of fifteen races he participated in. He cycled worldwide in the following years, winning significant tournaments like Tour de Romandie, Tour de Suisse.

In the 2016 Olympics, The Cyclist won his first Gold Medal. In 2017, Nino became the first person to win all six rounds of the World Cup, which became a perfect season. Lately, He won his first European XCO Championships.