Niclas Fullkrug is a German Football player who currently plays for Werder Bremen and the German National Team. The pro-level football player Niclas previously played for Hannover 96. Additionally, Niclas represents jersey number 11 for his present club and plays for more than five clubs; football has made 200 appearances in the club events.

Further, Niclas is a talented and well-skilled player in his squad who is widely known for his playing style, which has wowed football fans every time he is on the field. Along with Fullkrug's professional life, his private is also enjoyable. So, let's explore!

Football Is The Main Source Of Niclas's Income

Being a professional footballer, Niclas has earned a whopping sum of money. Football is his prominent source of income; however, he might also add money into his bank account from endorsements and sponsorships. 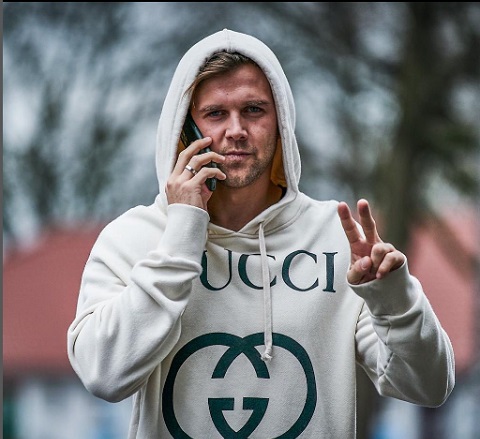 So, the current net worth of Niclas is $10 Million. Similarly, his weekly earnings are estimated to be £31,000, and the footballer earns £1,612,000 per year playing for his present club, Werder Bremen.

Like, Ansgar Knauff, Niclas also enjoys a massive salary from his profession as a football player. Both German footballers are career-focused and are primarily keeping their growing careers from the foot.

The pro-level footballer Niclas started his career in the initial phase, and he remains enthusiastic about football, making him one of the most talented football players. So he made his initial career debut in 1997 when he played for the club TuS Ricklingen as a youth. As a youth, he played for clubs like Sportfreunde Ricklingen and Werder Bremen.

Similarly, Niclas made his professional career debut in 2011 when he signed a contract with the Werder Bremen with the club's reserve. Likewise, on August 24, 2013, he moved to SpVgg Greuther Furth on a one-year loan deal. 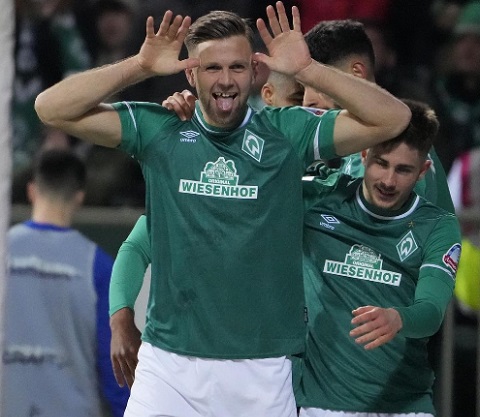 A year later, he had a long-term contract with 1. FC Nurnberg and appeared in more than 50 matches playing for the club. In July 2016, he signed a four-year contract with Hannover 96; in April 2019, Fullkrug returned to his former club Werder Bremen for the 2019–20 season.

Germany is among the best competitors in the upcoming FIFA World Cup 2022, so most football fans are curious to know if Niclas is also playing. So, representing the German national team, he was called up for the FIFA World Cup 2022 in Qatar in November 2022.

Therefore, Niclas might play along with Jonas Hofmann, who was also selected for the squad for the UEFA Euro 2020.

Is He Single Or Taken? Partner Name Revealed

Niclas is married to his beautiful wife, Lisa Fullkrug, but the footballer has kept his married life away from web sources to maintain secrecy. Likewise, he is not much expressive and prefers to keep himself away from the unwanted rumors and controversies that may affect his career and fame. 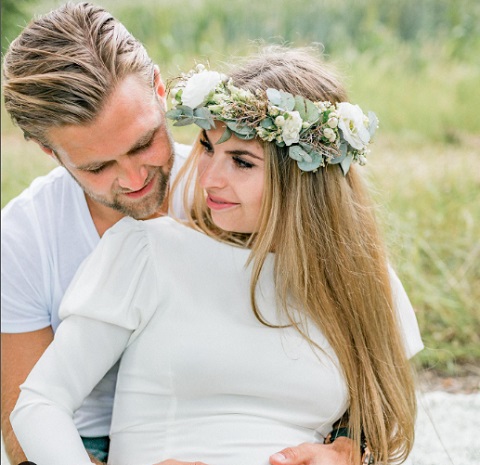 Additionally, Lisa and Niclas are the parents of one, and they have shared a baby bump picture on their social media handles. Lisa is an undefined personality and has kept her Instagram handle, which made it more challenging to survey their married life.

Details On His Age And Height

Born on February 9, 1993, Fullkrug spent most of his career in his birthplace, Hanover, Germany, and his birth sign is Aquarius. Likewise, he is the son of Andreas Fullkrug and Natalie Fullkrug.

Nonetheless, he is not very expressive about his family life, so the current details about his siblings need to be added to the online sources. Talking about his physical appearance, he is 6 feet 2 inches tall and weighs 88 kg.