An Italian professional football player Nicolo Barella is currently signed to Serie A club Inter Milan and also played for the Italian National Team as a midfielder. He started his professional career with Cagliari in 2015 and made his senior international debut in 2018.

Barella is a young and promising player and he has already played with the national team and Italian top tier club. Do you want to know more about him? How much does he earn annually? Who is his wife? Scroll down till the end.

How much is Nicolo Barella's Salary?

The Italian midfielder was initially signed on a loan to Inter Milan from Cagliari in 2019. He permanently signed a 4-year deal with the club in 2020. As per the deal, he will earn a salary of €90,000 in a week with the annual wage reported to be about €4.5 million in 2020. Romelu Lukaku is the highest-paid player with a weekly wage of €300,000.

Earlier, he played for a season on loan at Inter and earned about €2.5 million in a year as salary. Before that, he was a Cagliari player since making his professional debut in 2015 and earned a paycheck of more than €1 Million annually.

Who is Barella's Wife? (Children and Relationship)

Nicolo Barella is already a married man. He is tied in a knot with Federica Schievenin and is the father of two lovely children. The midfielder married his girlfriend of a couple of years at an early age before turning 20. He became a father for the first time at 20.

Nicolo Barella and his wife on their wedding day SOURCE: tottus in pari

His wife Federica gave birth to the couple's first child named Rebecca on April 24, 2017. They became parents for the second time on April 18, 2019, with the birth of second child Lavinia. The couple met each other in the mid 2010s and got into a relationship in 2015. 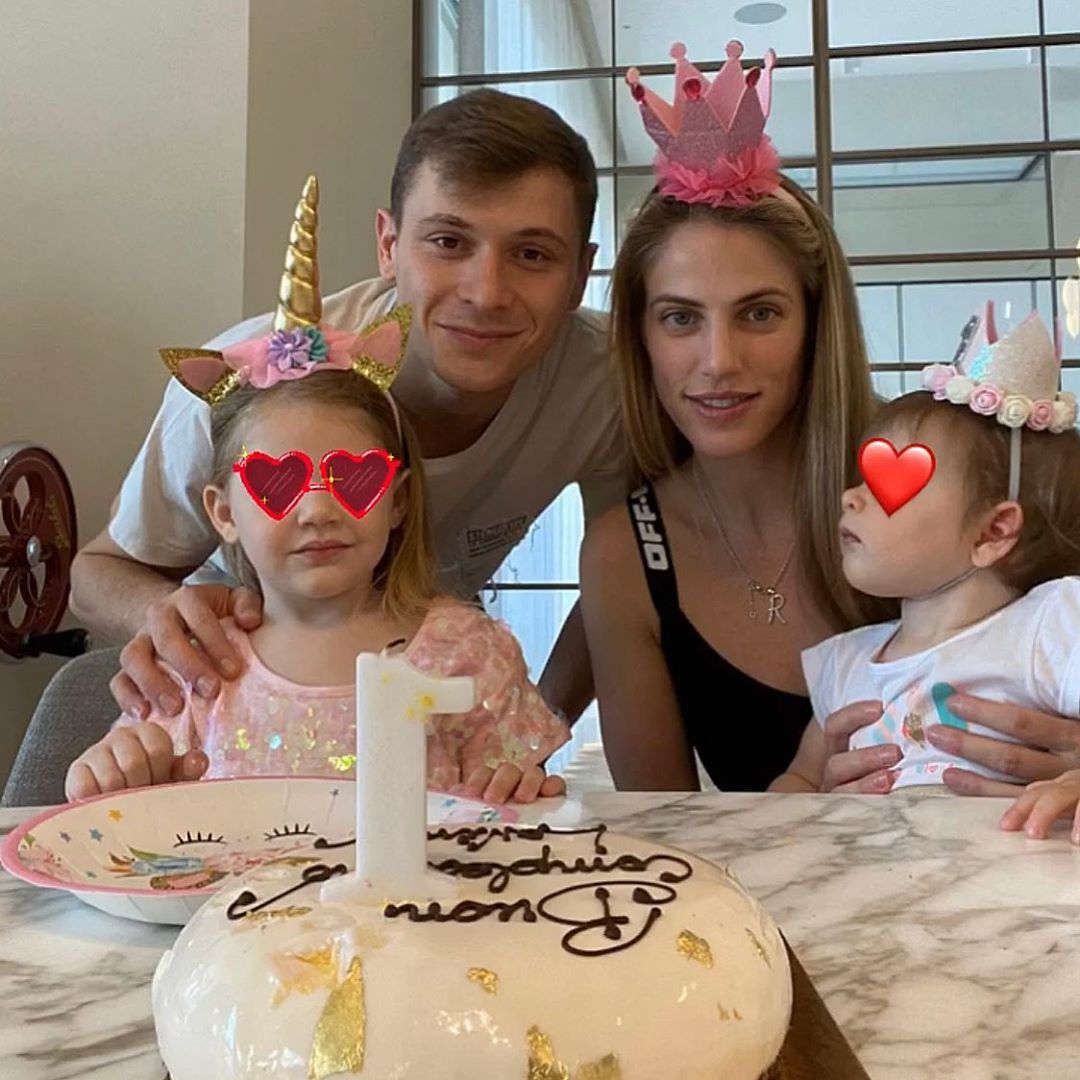 Nicolò Barella was born on 7 February 1997 and is 23 years old as of 2020. He was born in Cagliari, Italy, and is Italian by nationality. His father's name is Luca Barella who sup[ported him and got him into a football academy at a young age.

Barella joined Cagliari's academy in 2006 and played for the youth team until 2015. He then made his senior club debut in 2015. Nicolo was loaned to Como for 2016 where he played 16 matches. He was again loaned to Inter Milan in 2019 and permanently signed with the club in 2020.