Nico Schlotterbeck is a well-known German professional football player. He is currently playing in the top German League Bundesliga club, SC Freiburg as a center-back. Nico Schlotterbeck has represented the German national team at numerous youth and senior levels and has been a full international for his national team since 2022, with two caps. He earned his first call-up to the senior Germany national team squad for 2022 FIFA World Cup qualifiers in September 2021.

Nico Schlotterbeck was born on 1st December 1999 in Waiblingen, Germany. He was born to his father, Niels Scho Schlotterbeck, who formerly played football at Freiburg. Nico grew up with his mother and brother Keven Schlotterbeck. Regarding Nico's physical appearance, he stands six feet and three inches tall and weighs 86 kg.

Who Is Nico Dating? Know About His Relationship Status and Girlfriend

SC Freiburg's center-back is very much private about his relationship status and has not shared a word about his love life. Nico could be single or dating someone, and there is no rumor of the player dating anyone in public, and he is nowhere found on Instagram. 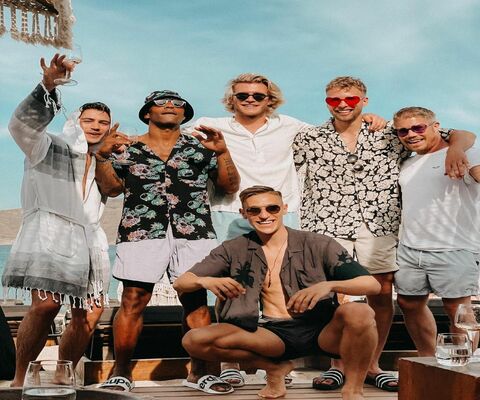 The German footballer could secretly be dating someone and waiting for the right time to open up about his relationship status. As of 2022, Nico Schlotterbeck is believed to be single and is entirely focused on professional life rather than dating.

Nico's Salary, Contract, and Net Worth

Nico Schlotterbeck is one of the young, admired players who started his professional career in 2018 with SC Freiburg II. Since then, SC Freiburg's center-back has been adding up his net worth and career earnings through playing for different professional teams. As an athlete of Freiburg, he earns around £150,800 per year, which is £2,900 weekly playing for the club.

Talking about Nico's net worth, the German center-back has a net worth of £1 million pounds and has many years to add a million in the coming years. He started playing professional soccer with Freiburg II back in 2018, where he made 50 appearances for the team scoring 4 goals.

Nico Schlotterbeck's contract with Freiburg is not revealed yet and has a current market value of €28.00 million, last updated on March 24, 2022. 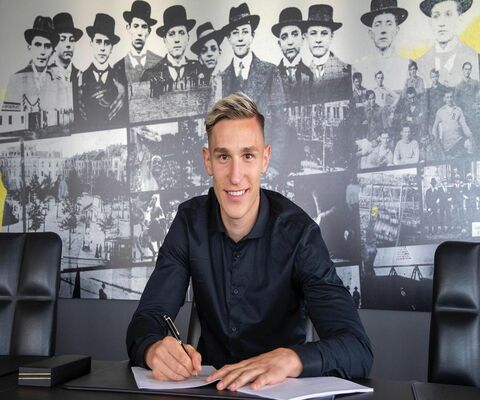 Sponsorships with Adidas and Career Earnings 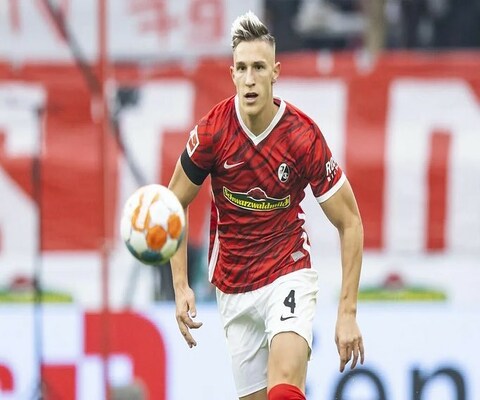 Scrolling down his Instagram, we found that Adidas endorses Nico Schlotterbeck. However, the amount Nico makes from such deals is kept secret.