2015 Hall of Fame inductee Nicklas Lidstrom is a retired ice hockey player who played in the National Hockey League(NHL). He played for the Detroit Red Wings fo the NHL as their defenseman He also played for the Swedish national ice hockey team.

Nicklas served as the captain for the Detroit Red Wings for almost six seasons. Do you want to know more about the retired player's married life, wife, salary, children, and net worth? You need to follow the article to know everything.

How Much is Nicklas Lidstrom's Net Worth? Know about his Earnings

As we all know, Niklas Lidstrom is currently living his retired life, so there is no information about his annual salary. Besides, he has a lucrative net worth which he made from his NHL career. His current net worth is estimated at around $30 million.

Lidstrom received a salary of around $6.2 million in his last season. In addition to this, he earned a sum of around $40 million from his NHL career. Nicklas is among the list of the highest-paid players when he was in his playing career.

Nicklas Lidstrom signed his last contract in the NHL on June 20, 2011, for a year and the contract is worth $6.2 million.

In addition to his financial earnings, he also possesses some expensive assets like houses and cars. Currently, he is living in a luxurious mansion located in Northville, Michigan and the mansion is reported to be worth millions of dollars.

Moreover, he sold his Novi home for a price of $2.9 million in 2012. Furthermore, he has a nice car collection which includes some of the world's best and expensive brands.

Who is Nicklas Lidstrom Married to? Know about his wife and kid

Nicklas Lidstrom is a happily married man who is currently enjoying his marital life with his lovely wife. He tied the knot with his girlfriend Annika in a lavish wedding ceremony which was attended by his friends and family members.

Lidstrom started dating his wife Annika since they were teenagers so they have a great understanding of their love life. Moreover, they haven't reported any disputes and conflicts in their married life which clearly suggest that they are happy together. 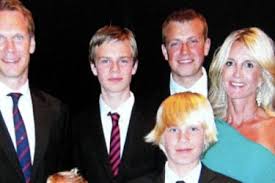 Moreover, there is no chance of him having a relationship with anyone in the past since he is with his wife since high school days.

Who is Nicklas Lidstrom? Know about his parents and childhood

Nicklas Lidstrom is a native of Sweden who was born to parents Jan Erik Lidstrom and GERD Lidstrom, on 28 April 1970, in Krylbo, Sweden. He holds Swedish nationality and belongs to the white ethnic group. He spent his childhood in Sweden with his siblings and they were raised well by their parents.

2015 Hall of Fame inductee Nicklas Lidstrom is a retired ice hockey player who played in the National Hockey League(NHL). He played for the Detroit Red Wings fo the NHL as their defenseman He also played for the Swedish national ice hockey team.

Niklas made his career 800th assist during his 2010 season. He made the record of playing 237th playoff game and became the third man replacing Mark Messier. He became the captain of the Detroit Red Wings in 2006 replacing Steve Yzerman.