Nicholas Pooran is a professional cricket player from Trinidadian who plays for the West Indies cricket team. His main playing role is a Wicketkeeper batter. In 2018, he hit his first half-century or just 24 balls for West Indies against India. He has an ODI Record for being the 22nd player to have the highest career batting average. He also holds the position for the 24th highest career strike rate with 103.88.

Who is Nicholas Pooran? (Bio and Family)

Nicholas Pooran was born on October 2, 1995, in McBean, Couva, Trinidad and Tobago. According to astrologers, his birth sign is Libra. The player has not disclosed information regarding his parents' names. But he sometimes posts their picture on his Instagram and shows love towards them. 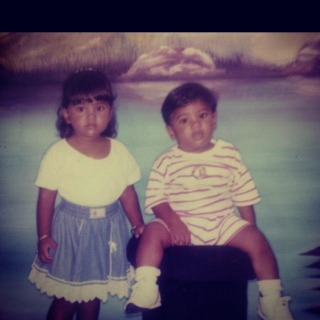 Nicholas Pooran as a kid with his sister SOURCE: [email protected]

In 2016, he posted a caption dedicated to his father saying,

"Happy Father's Day big man, your time and sacrifice is much appreciated. May God grant you health and strength"

He grew up along with his sister who is a few years elder than him. He comes from Indian family background.

Pooran's Net worth and Salary

Nicholas Pooran has an estimated net worth of $1 million approximately. His major source of income is from playing cricket with West Indies and also for different clubs. He pockets around $200,000 by playing for the team and also extra fees, and bonuses by participating in different competitions. According to a source, Punjab Kings signed him for the whopping amount of 4.2 crores Indian Rupee. Since then, they pay him that amount every year. Before 2018, Mumbai Indians signed him for a price of 3 crores (Indian).

The same source claimed that he will be donating half of his salary to India in 2021.

Read also:- Net worth and Career Earnings of Matt Vasgersian

Hetmyer's wife and relationship status; Is he married?

Nicholas Pooran has been living a happily married life with his wife Kathrina Miguel for more than 1 year. The pair have been dating each other since 2015. Pooran's wife Kathrina was with her lover since his early career. 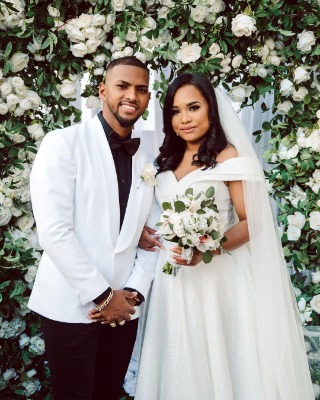 The 14th player to have the most catches in an innings recently on June 1, 2020, announced that they were married with a photo of both of them in a White wedding dress. Prior to 6 months, he had announced that he and his love Miguel was engaged.

"God has blessed us with a great blessing. I am glad to announce that @kathrina_miguel and I got engaged. Love you Migz I got you "

Nicholas's bride Kathrinam is also active on her Instagram with the username @kathrinam_pooran. She is quite famous and has more than 21,000 followers.