Gossip Nets’ A. Coach David Vanterpool Fined by NBA; What’s his Net worth and Salary?

Nets’ A. Coach David Vanterpool Fined by NBA; What’s his Net worth and Salary?

Various reports claim that the Brooklyn Nets assistant coach David Vanterpool has been fined by NBA. The reason for the ban was because of that he interfered in the ongoing match.

Read full news to understand what happened in the game and how much is he fined.

So what actually happened?

It was on Thursday evening and the match was between Brooklyn Nets and Washington Wizards. In the fourth quarter of the game, 5:45 minutes were still left. 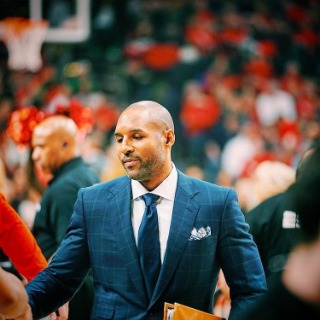 The ball was in the hands of Spencer Dinwiddie and as he passed the ball towards Kyle, Vanterpool suddenly touched the ball from the sideline. The ball was deflected and received by the power forward Kyle Kuzma.

Everyone was surprised by the action of the coach as the commentator said,

"One of the coaches, for Brookly, that's David Vanterpool, actually touched the ball which is not allowed."

And in the background, we can hear the sound of the crowd going crazy.

Is it allowed in NBA?

The action that is committed by David is absolutely not allowed in the NBA game. The player or coaches sitting on the bench cannot touch the ball or do any action that affects the game.

According to the Rulebook of NBA, if it is found, the ball will be given to the opponent or who was offended.

So, is David punished?

But the event happened so fast that, the referee could not clearly see what happened. The Wizards player protested, the referee did not give foul to anyone. And the game was continued.

But without a doubt, the moment was captured on the Camera. And National Basketball Association has punished the assistant coach financially.

As per Nets Daily, David Vanterpool was fined $10,000 for his action. Similarly, his team Brooklyn Nets were also fined an additional $25,000 for such an action.

And the result of the game will also not be affected. The final score between the Nets and Wizards was 119 -118, a win for the Nets.

How much is the net worth of D Vanterpool"

As per sources, the net worth of the Nets assistant coach is $1 million. Though the exact amount of his salary is not revealed, the coach just is earning a decent amount with his current club.

Also, he is assumed to have earned more than $3 million throughout his career.