Edgar Frederick Yost III popular as Ned Yost is the former MLB catcher who has played for Milwaukee Brewers, Texas Rangers, and Montreal Expos. After retirement, he started his career as Coach from Atlanta Braves and later has served for the teams like Milwaukee Brewers and Kansas City Royals.

Ned initiated playing baseball from Dublin High School in Dublin and later on, he joined Chabot Junior College in Hayward. He was born in Eureka, California on August 19, 1954, and has won World Series champion two times in 1995 and in 2015.

Ned Yost is one of the reputed names in Baseball and his estimated net worth is at around $8 million. In 2018 Yost was the third-highest paid manager with an astonishing amount of money $3.7 million per year.

Previously, he played with Milwaukee Brewers, Texas Rangers Montreal, Monte Expos and his total career earning is at around $900,000.

Ned and his wife in his car SOURCE: gettyimage

After retirement, he established his self as a coach in Atlanta Braves in 1991, he spends almost a decade with Atlanta and during those days his annual salary was between $550,000 to $900,000.

He took retirement from his coaching career in 2001 and in 2002 he initiated his career as MLB manager. He was recruited as manager of Milwaukee Brewers where his salary was around $1 million.

In 2010 he joined Kansas City Royals as manager and his salary was around $1 million and during those days MLB managers like Los Angeles Dodgers Don Mattingly, Tampa Bay Rays Joe Maddon, Los Angeles Angels Mike Scioscia, used to be highest-earning managers.

Ned Yost left Kansas Royals in 2019 and it will be interesting to see from which he will be made his come back in MLB.

Ned Yost is having a good marital life for more than 50 years with his wife Deborah Ann Yost since 1977. Deborah belongs from the same home town of Ned and they started dating each other since college days where Ned used to play for the senior team in Chabot Junior College whereas Deborah used to be sophomore in college. 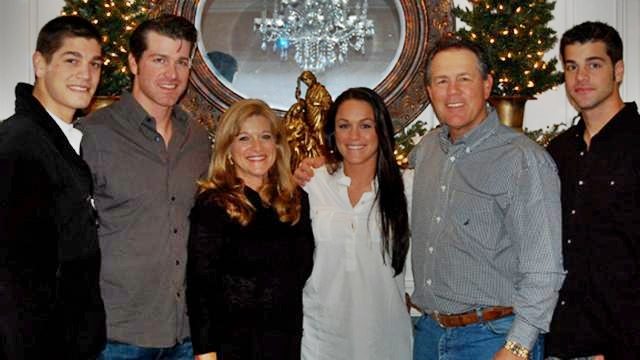 His son Edgar Frederick Yost IV, also known as Ned Yost IV, is the former MLB player who has played in the minor leagues from 2005 to 2007. In 2009 he became the Coach of Helena Brewers and currently, he is the coach of San Antonio Missions.

Ned Yost is the son of Ned Yost Jr. and his mom's name is Lee Moffitt and he has a sibling whose name is Dan Yost. Ned's father used to be the athlete in his high school days where he was a little All-American football player at Santa Rosa Junior College.

Ned's father used to be a truck driver and his parents divorced when Ned was young. After his parents' separations, his father was killed in an accident.

Supposedly Die in An Accident

In 2017, while Yost was at around his locality, he fell from twenty feet tree stand. He was hurt so bad that his pelvis was broken and while taking him to the hospital he bled so much and during surgery, Doctor told his family, that, he is going to die due to blood loss.

Fortunately, the operation was successful and Ned came back from death. Later on, he appeared in a television commercial for Verizon, crediting its wireless service for saving his life.