The Saudi nationality Nawaf-Al-Aqidi is a well-known professional soccer player who plays for the Riyadh headquartered football club Al-Nassr of the Saudi Professional League. He plays in the position of goalkeeper on the team. Moreover, Nawaf is also an essential player on the Saudi National football team.

Riyadh-born goalkeeper Nawaf-Al-Aqidi joined Al-Tai a few months ago before returning to his hometown Al-Nassr. The player made his first appearances at the U20 level for Saudi Arabia national team in 2019. For your information, his goalkeeping talents have made him one of the vital players on his club and national team. Also, he is the probable future football star for his nation.

Is He the Richest, Youngest, Richest Saudi Player?

Nawaf Al-Aqidi's evaluated current net worth equals $1 Million. The former goalkeeper for Al-Tai is still grinding hard to make a satisfying spot in his career. The athlete is a newcomer who just started his career in 2020. Despite his young age, he has somehow many to playing for one of the title-contending Pro League clubs, Al-Nassr. Playing with such a big team must be benefiting him. Unfortunately, his agreed salary with his current team is still not transparent. For your concern, the average player in the Pro League nets $24,632. 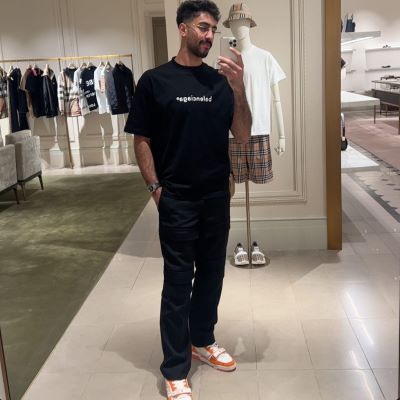 Nawaf is just 22 years of age, so he still has more time. In the future, he will surely make millions if he persists like this. Per the transfer market, his value is trending at €200K.

Does Nawaf-Al-Aqidi Have A Girlfriend?

Today, there is no news or buzz on his love life, so he's understood to be single. It has been just two years since he began his footballing career, so the 22-year-old is dedicated to ttohis job. Due to solitary attributes, he has only preserved his private matters to himself. Moreover, his media handles are full of his footballing photos from which we can assume his love, interest, and passion for soccer. Therefore, we safely convey the Saudi footballer is not currently dating anyone.

Is Nawab on the World Cup Squad?

Before his senior team appearances, he initially appeared at U20 and U-23 levels in 2019 and 2021, respectively. So far, he has played a single game for the senior team. Reportedly, he had an outstanding performance with his youth team leading him to book his spot in the Saudi National team world cup squad. 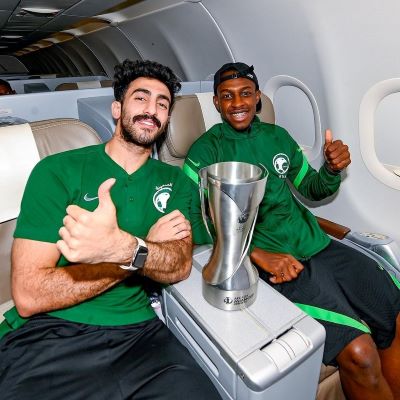 He is still yet to play his world cup game. Indeed, Nawaf is a substitute player for his national team.

Despite knowing by the name Nawaf-Al-Aqidi, his real family name is Nawaf bin Dhahi bin Faisal Al-Suwati Al-Aqidi. The young rising goalie was born in 2000 and celebrates his birthday every 10th May. He is of Saudi nationality with a citizenship card. Also, his star sign, per his birthdate, is Taurus. He is a tall and talented goalie with a height of 6 ft 1 inch and a weight of 85kg.

Nawaf's family came from a Muslim family background of Saudi roots. So far, he has kept his family details covert, which remains an enigma.