Nahshon Wright is an American football player who plays for the National Football League's club Dallas Cowboys. He attended the Oregon State University and represented Oregon State Beavers Football. Later, he was selected by the NFL's successful team, Dallas Cowboys, in round 3 of the overall pick of 99 in the 2020 NFL Draft. His roster status is now active.

Nahshon plays from a cornerback position for the Dallas Cowboys and wears a shirt number 25. Nahshon was born on September 23, 1998, in Hayward, California. Information regarding his parents and siblings is not known as of now. Nahshon has a height of 6 feet 4 inches and weighs 86 kg. He is of American ancestry and has a muscular physique. He was born under the sign of Gemini. Nahshon was born in the United States and has an American passport.

California-born skilled player Wright attended James Logan High School, where he was a cornerback and wide receiver. He also competed in basketball and track as a letter winner. He earned All-Conference accolades with 12 starts, 17 tackles (1.5 for loss), four interceptions, and three passes defended. 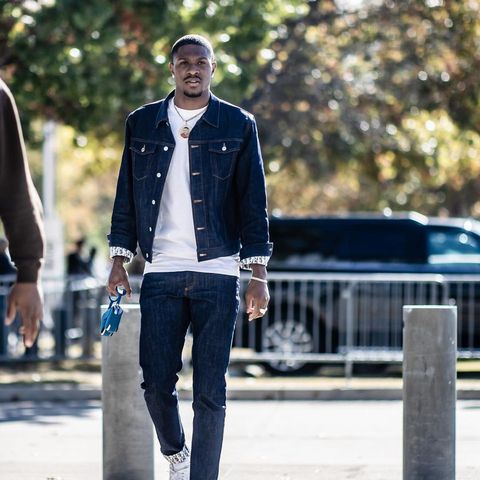 In 2019, he transferred to Oregon State University. As a sophomore, he started all 12 games and had 34 tackles (half a tackle for loss) and three interceptions. He made six starts and had 30 tackles, two interceptions, four passes defended, and one sack.

The Dallas Cowboys picked Wright in the third round (99th overall) in the 2021 NFL Draft. On July 21, Wright signed a four-year rookie deal with Dallas. On November 14th, he scored a touchdown following a blocked punt against the Atlanta Falcons.

The 23-year-old American football player has a wealthy profession and is a well-known celebrity. He and his family are having the time of their life right now. He didn't get paid to play in college, but he began to make a modest income after getting drafted by NFL teams. 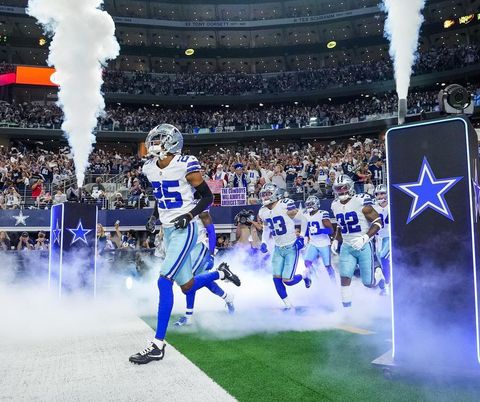 Nahshon marching into the field with his teammate's SOURCE: [email protected]_

He has a net worth of $3M. Nahshon also earns a lot of money from sponsorships and advertising deals, but he hasn't specified how much he earns.

Nahshon, a star player for the Dallas Cowboys, is an extroverted and humble athlete. Nahshon wants to share his personal life with his fans and followers. Currently, Nahshon is dating an American lady. He has not revealed her name and her professional details. 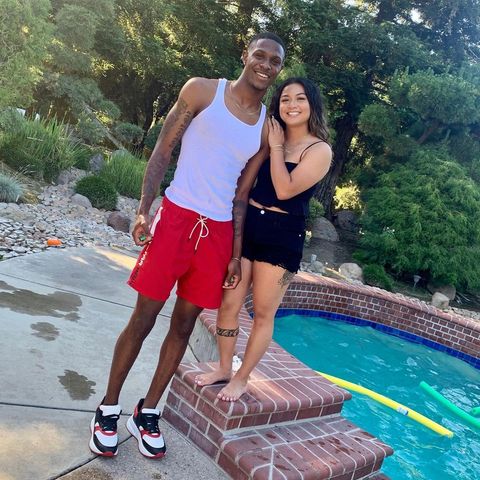 Nahshon has been in a relationship with her for a very long-time. He is with her before he started his NFL career. Nahshon and his girlfriend are having a quality time in Dallas.