Nader Ghandri is a Tunisian footballer who plays for the Tunisia national team despite being born in France. Further, he plays as a defender for the club, Club Africain. Additionally, the 6 feet 4 inches footballer wears jersey number 6 for his club.

Nader is a notable Tunisian football player and has done multiple shifts playing for reputed clubs and national teams. Further, he started his professional career in 2012, and throughout his playing career, he has been part of more than ten clubs.

How Old Is Nader? Age and Height

Ghandri was born to his parents on 18 February 1995. Besides, he grew up with his family in his birthplace, Aubervilliers, France, but later, the footballer moved to Tsunia and started playing football there.

Born in France, he plays for the Tunisian national team. The pro-level footballer has never revealed his parent's details not accessible. Similalry, his childhood details, including his academic qualification, are not visible on the web sources. 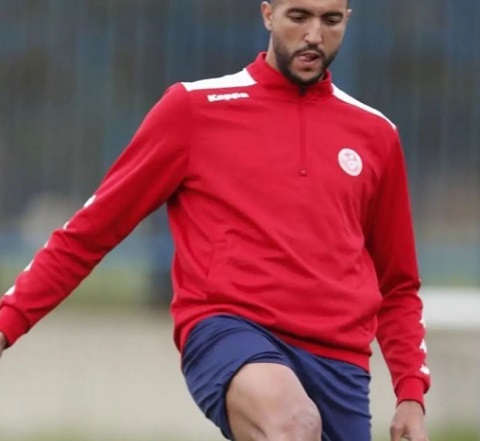 So on, Nader has kept his personal life away from public reach. Talking about his physical appearance, he has a touring height of 6 feet 4 inches.

Have a look at this: Hakim Ziyech

Ghandri's Net Worth And Salary Explored

Nader Ghandri is one of the backbones of his squad, and he has earned a fair sum of money from his professional career. Well, he might not be the wealthiest Tunisian footballer, but he is one of the highly-paid and richest among his squad.

Further, the estimated net worth of the footballer is $ 1.5 million. However, this may vary from one source to another as the exact details are still missing from the online portals. Concerning his long and successful playing, we can say that football is his primary source of income. Nevertheless, he might be earning from endorsements as well. 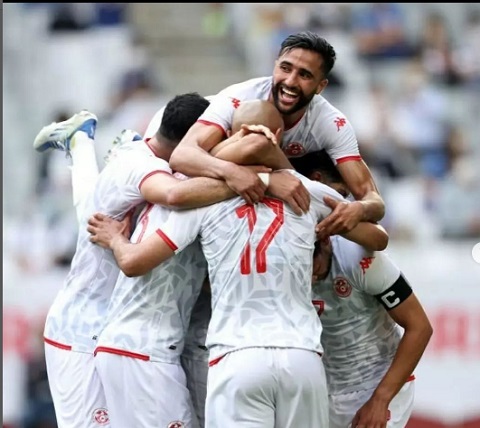 Ghandri's current market value is €650 thousand, which is also the highest market valuation of the footballer so far in his playing years.

Is Nader Single- Who Is He Dating?

The fan favorite, Nader Ghandri, seems to be single, and most fans doubt he is dating someone in private. Nader is relatively private than expressing his personal life in online sources, which is why Nader has private social media handles.

Ghandri is more like a secret keeper, and he prefers enjoying his life private, so he might be dating someone but doesn't want to flaunt it on his social media handle due to privacy concerns; therefore, his fans must wait some more time unless he feels comfortable sharing his lovelife openly on the web sources.

More Into His Professional Career

Nader Ghandri started playing football in the early 2000s, and as a youth, he played for three clubs, US Ivry, Red Star, and Drancy. So, he began his football career professionally in 2012 with the club Drancy. Likewise, in 2013, Nader signed a two-year amateur contract with Ligue 2 club AC Arles.

One after another, he got the opportunity to play for multiple clubs, including Club Africain Antwerp and Westerlo, and lastly, he played for Slavia Sofia before joining the present club.

While talking about his international career, he was part of Tunisia's under-23 national team, where he made two appearances. Additionally, he made his debut for Tunisia national football team on 7 June 2019