Legendary women's basketball coach Muffet McGraw is a very rare individual who dedicated her whole life to uplifting women's basketball. Now it looks like this 64 years old veteran B-ball coach is walking away from the courtside leaving behind numerous records games away from reaching 1000 victories.

We all knew this day will come sooner or later, and the day she walks away from women's basketball scene would be a very sad day for everyone. So, why is she walking away now? What's her current salary and net worth? When will she officially hand her responsibilities over? Let's dig deep and find everything about her retirement along with some glimpse of her personal life, right here!

As Muffet McGraw, has worked as a coach for over 33 years, her last contract with The Notre Dame Fighting Irish women's basketball team for the University of Notre Dame in Notre Dame, Indiana was recorded to be at $2,071,822 and was paid $1,561,763 in gross salary every year.

Why is she retiring?

Critics have guessed the performance of her team "The Notre Dame Fighting Irish women's basketball team", this year should be the reason she is walking out, but as per her recent posts, she is retiring so that younger people can walk up and fill up her place. 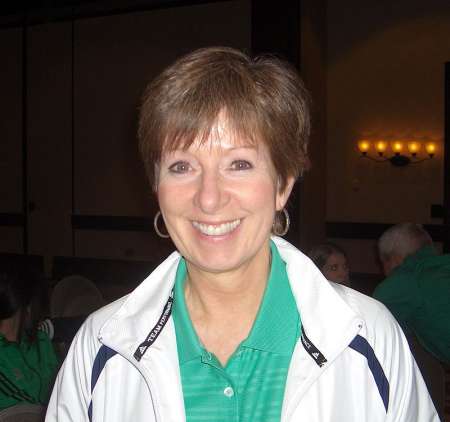 In these 30 long years, her contribution to women's basketball and also to the overall women's athlete community has been commendable. She holds records that are impossible to break any sooner. The Notre Dame Fighting Irish women's basketball team because no one else has a resume that includes straight 31 seasons appearances with +20 wins, 67 NCAA tournament wins, 24 consecutive NCAA tournament appearances, and three National Coach of the Year awards.

Likewise, she also was also on-board when Notre Dame women’s basketball team did a sold-out stadium show for the first time in 2001. The Irish were in the top 10 in attendance each of the last 14 years.

To know more about her contributions, let's take a look at her brief career highlights, here:

Ann "Muffet" McGraw was born on December 5, 1955, in Pottsville, Pennsylvania. Not much is known about her parents but she reportedly grew up with eight siblings. Likewise, she legally changed her given name to Muffet, a childhood nickname, prior to college. Later, she graduated from Saint Joseph's University and also was a pro player for the California Dreams Women's Professional Basketball League, for a brief period of time.

She then coached at the Archbishop Carroll High-School for two years starting from 1977 till 1979 and served as an assistant coach at Saint Joseph's from 1980 to 1982. From 1982 to 1987, she was the head coach at Lehigh University, where she also coached the WNBA superstar Cathy Engelbert.

She entered the Notre Dame in 1987  as its head coach and in these thirty years, she has led the Irish to 24 NCAA tournament, with a record-setting 22 straight season entries from 1995 till 2019. McGraw has a total of 50 wins over ranked opponents, including 40 wins over the last 8 seasons. Her teams have appeared 139 times in the AP poll during her tenure. Notre Dame finished in the Top 3 of the Big East in 9 out of 11 seasons in the league and finished first at the Atlantic Coast Conference in all 4 seasons since the conference was organized and this is why she is ranked as all-time eighth head coach in NCAA Division I basketball history to reach 800 career wins.

As per a report published in NBC's blog, she retired 64 games ahead of her 1000 NCAA appearance, and now all-female athlete communities have waived their hats at her.

She isn't much of a talker, hence not much has been revealed about her personal life, but we have seen her family follow her to several award functions. She reportedly met her future husband Matt McGraw while in college. After graduating, they married in 1977. The pair is together ever since. 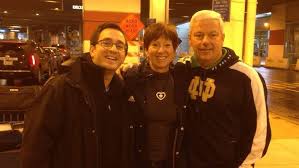 Muffet McGraw with her husband Matt and their son SOURCE: Heavy.com

Now they are 44 years into their married life and also have a son named Murphy McGraw, who is in his late 30s, as of 2020. Finally, we are happy that she will be able to give herself more time.

Keep up with Playerswiki's blogs for more.