Moses Moody is one of the top 10 NBA prospects who is currently playing for the Arkansas Razorbacks representing the University of Arkansas in the Southeastern Conference (SEC). A consensus four-star recruit, he was named one of the best shooting guards in the 2020 class.

Little Rock, Arkansas native, Moses Moody was born on 21st May 2002, under the star sign Gemini. He is the son of Kareem & Rona and has an elder brother, Miles. He holds an American nationality and is of Afro-American ethnic background. Regarding his physique, he stands 6 ft 6 in (1.98 m) and weighs 205 lb (93 kg).

How Much is Moses Moodys Net Worth In 2021? Does College Athletes Get Paid?

The salary of college athletes has always been the subject of great debate. Reportedly, the college game brings in more than $14 billion in annual revenue for college sports programs, and only a fraction of that money goes to the players. College athletes receive free college tuition, stipends, and a platform to showcase their skills for professional teams.

The fact that college athletes are not paid because they are not technically employees of their schools. If the college athlete starts paying their athlete the average basketball salary would be $500,000, as reported.

Since the college athlete does not get paid, Moses Moodys has not earned a penny from his college career. Considered a top NBA draft prospect, once he lands in any NBA franchise the salary will be in millions of dollars.

This 6 ft 6 in (1.98 m) tall hunk has maintained his love life as secret as possible. To date, the media has not found Moody being romantic with a lady neither in public nor on media sites. Yes, his IG only features his photos from his profession. 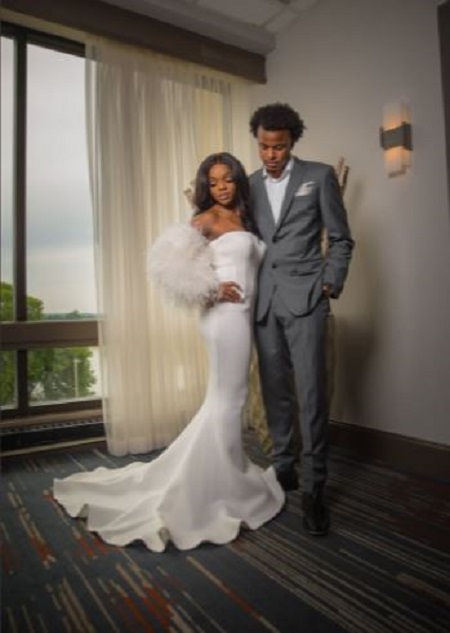 However, on his Twitter, there is a picture that would possibly hint at his love life. On 6th July 2020, he shared a glimpse of his prom and his beautiful prom date but nothing is official. His fans are curious if the lady in the picture is his prom date or a real-life date?

Moses Moody started his basketball career as a high schooler at Parkview Arts and Science Magnet High School in Little Rock, Arkansas. He helped Parkview Art to reach the state championship game in his freshman season. The following season, he transferred to North Little Rock High School in North Little Rock, Arkansas where he averaged 18.6 points, 7.2 rebounds, 3.1 assists, 2.1 steals, and 1.4 blocks per game. He led the team to the Class 7A state title.

For his junior year, he again transferred to Montverde Academy in Montverde, Florida. That season, he averaged 17.7 points, 3.9 rebounds, 1.5 assists, and 1.6 steals per game. During his senior year, averaged 11.6 points 3.3 rebounds, and 1.8 assists per game.

While still in his sophomore year, Mood received numerous high major NCAA Division I scholarship offers. On 9th November 2019, Moody signed to play college basketball for Arkansas over offers from Virginia and Michigan, among others, Moody becoming the highest-ranked player to commit to Arkansas since Bobby Portis of the 2013 class.