As a Defence, Morgan Frederick Rielly reportedly earns around $5,000,000 as his yearly salary from Toronto Maple Leafs. Further, Frederick Rielly has an estimated net worth of over $10 million.

Morgan Rielly's Net Worth and Salary

As of 2019, Morgan Frederick Rielly has an estimated net worth of over $10 million which is slightly higher than that of Mitch Marner. He reportedly signed a six-year contract worth $30 million with Toronto Maple Leafs in 2016.

Let's take a look at his financial earnings:

Comparing the professional life of Morgan with his personal life there aren't any details disclosed on the media. Furthermore, some of the websites and news portals claim that he is still single.

In addition to this, by exploring his official social sites it can be suggested that he is not married yet or engaged but he might be planning to get married soon since he has gained a lot of success in his career in a small time.

Besides, he loves to keep his personal life low-profile and also hides his relationship details from the general public. Other than being a famous NHL Defence, Morgan Frederick Rielly is pretty famous in social media.

The Famous NHL star is 6 feet 1 inch in height and weighs around 98 kg. Morgan Frederick Rielly is not only a world-class athlete but also has a very attractive individual.

Happy Mother's Day to my beautiful Mom! In charge of the family since day 1. #firstfriend. #love

As per his nationality, he is Canadian and belongs to the White ethnic group and his star sign is Pisces. He grew up along with his older brother, Connor. After completing high school, Morgan Frederick Rielly enrolled at Moose Jaw and played for them.

Morgan Rielly started his professional NHL career after being drafted in the 2012 NHL Entry Draft by Toronto Maple Leafs in the 5th overall pick. Before entering NHL career, he played in the Western Hockey League's team Moose Jaw Warriors. 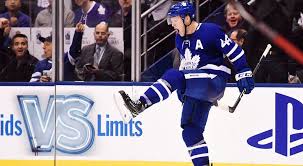 Later on, he also played for the Leafs American Hockey League's affiliate Toronto Marlies and he made his NHL debut against Senators in 2013 whereas he recorded his 1st NHL goal against Marc-Andre Fleury of the Penguins.

During his 2-18-19 season, Morgan recorded his career high 4 assists same as that of Auston Matthews against Dallas Stars. Currently, he is playing for the Leafs alongside Right winger Connor Brown.