Monshadrik Hunter is a professional Canadian football player who plays for the Ottawa Redblacks of the Canadian Football League (CFL). He mainly plays as a defensive back, and he wears jersey number 0. He was born Monshadrik Hunter, but in the football world, he is most noted as Money. Since 2018, he has played professionally in this field and has played for various teams. Apart from being known for his own professional work, Hunter is also recognized as the son of Torii Hunter, an American former professional baseball center fielder and right fielder.

Monshadrik Hunter was born on July 11, 1995, in Prosper, Texas. As of early 2022, he is 26 years old. Hunter holds an American nationality and peaks at the height of 6 feet 1 inch (185 cm). And Hunter weighs around 193 lbs (88 kg). From 2013 to 2016, Hunter played college football for the Arkansas State Red Wolves. During his collegiate career, Hunter played in 59 games with the squad, where he had 222 defensive tackles, six interceptions, and one sack.

As mentioned earlier, Hunter played college football from 2013 to 2016. And in 2017, he did not play due to foot damage he had suffered in his final college season. On February 6, 2018, he signed with the Edmonton Eskimos. Furthermore, Hunter played in 12 regular-season games in 2018, with nine starts, where he had 26 defensive tackles, nine special tackles, and two interceptions.

When he became a full-time starter at halfback in 2019, he played in all 18 regular season matches, where he had 59 defensive tackles, two amazing team tackles, one sack, and two interceptions. And Hunter became a free agent upon the expiry of his agreement on February 11, 2020.

Shortly after being a free agent, Hunter signed with the Montreal Alouettes on February 12, 2020. But the 2020 CFL season was canceled, and he did not play in 2020. In 2021, he played in all 14 regular-season matches and registered 44 defensive tackles, two interceptions, and one sack. Being one of the most proficient players on his team, Hunter was named a Divisional All-Star for the first time in his profession at the end of the season. 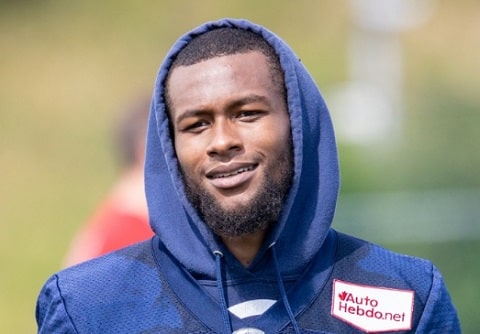 Monshadrik Hunter plays for the Ottawa Redblacks of the SOURCE: Twitter @SportsCenter

Again on February 8, 2022, he became a free agent. Moreover, it was announced that he had signed with the Ottawa Redblacks. Since then, he has been playing for the team.

How Much Is Hunter's Net Worth And Salary?

But like many other athletes, Hunter also prefers to keep his personal details away from the media sources. Due to this reason, the precise details about his career earnings can't be mentioned. And being a professional player, Hunter might make Money from sponsorship and endorsement deals.

On the other hand, Hunter is also recognized as the son of Torii Hunter, who is a famous former professional baseball center fielder and right fielder. Reportedly, Torri has a net worth of around $11 million. In 2007, the former player signed a deal with the Los Angeles Angels after turning down a $45 million deal with the Twins. So, there is no doubt that he continues to have different kinds of triumphs on and off the field.

Relationship Status: Is Hunter Dating Someone?

Talking about his personal life, Hunter appears to have someone in his life, but he has never talked about his love life in the media. According to a source, Hunter is the father of a young daughter named Miya. From this, it becomes clear that he has a partner whose identity has remained away from the limelight for a long time.

Not to mention that his daughter was born in the month of April. The father and daughter share a strong bond. Meanwhile, Hunter is a very reserved person, and he does not have much activeness on social media, making it tougher to know about his personal life.

However, we can find some pictures of his child on the internet. In an interview, Hunter admitted that his daughter is also a source of inspiration for him. And he also said that Miya's presence helps him stay leveled.

Family Life: Everything On His Parents

Monshadrik Hunter was born to his father, Torii Hunter, and his mother, whose name is missing from the internet sources. But Katrina is the wife of Torii, so we can say that she may be the mother of Monshadrik. As we said earlier, Torii is an American former professional baseball center fielder and right fielder who played in Major League Baseball (MLB). The teams he played for were the Minnesota Twins, Los Angeles Angels of Anaheim, and Detroit Tigers from 1997 through 2015. 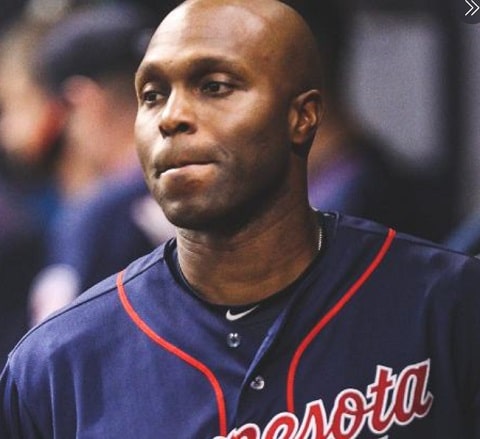 As a center fielder, he was a five-time All-Star and won nine consecutive Gold Glove Awards. Not only that, but he was also a two-time Silver Slugger Award winner. Talking about his early life, Torii was born and raised in Pine Bluff, Arkansas. He went to Pine Bluff High School.

Moreover, Torii is not only the child of his parents as he was raised alongside his three brothers. And his professional career began with the Minnesota Twins when they signed with the 20th overall pick in the 1993 draft using a bonus pick from the Cincinnati Reds for selecting John Smiley. And the 46-years-old debuted on August 22, 1997.

During his playing career, Torri earned some awards, which he received for his great performances. Apart from that, he is also engaged in various charities. In addition, he contributes to Torii Hunter Project Education Initiative. They provide college scholarships to students in numerous places in the United States.

The former player now lives in the Dallas-Fort Worth Metroplex suburb of Prosper, Texas, with his wife. For your information, Torii holds an American nationality, and his religion is reported to be Christianity.