Kushtia, Khulna, Bangladesh native Mohammad Mithun is a prolific cricket player who plays as a wicketkeeper-batsman. His gameplay and skills are crisp and flexible. Due to this reason, Mithun is a potential choice to play all formats for the Bangladeshi team. Mithun made his first-class debut around the age of 15, and from this, it becomes clear that Mithun was interested in playing cricket from a young age.

Besides that, Mithun has domestically represented various teams, and he is associated with Sylhet Sunrisers in the Bangladesh Premier League. Apart from that, Mithun has already played for the national team of Bangladesh, with whom he made his debut in February 2014. So, his performance is loved by many people as Mithun has given an essential role in the squad to win multiple titles.

Starting with his married life, Mithun is a happily married man who has a loving & caring wife named Nigar Sultana. Mithun and his life partner, Sultana, have been in a marital relationship for a long time, and their bond is growing daily. Just like many other couples, Mithun and Sultana also prefer to stay away from media prominence. So, due to their lowkey personality, we are unable to share their wedding details. In the same way, his wedding venue remains under review. Despite that, Mithun and his wife have already started a family of their own, and it is reported that the pair are raising two beautiful children, a son named Arham Fariq Arash and a daughter named Alisha Mehrish.

Furthermore, Mithun lives a private life with his wife and two kids. So, there is not much info about their current life, but it is believed that the happy family of four lives a blissful life. At the moment, the cricketer has not made a single post about his personal life on social media.

Well, Mithun is a professional cricket player who makes most of his gains from being a cricketer. He plays for the Bangladesh team in various national and international games. A report shows that a cricket player in Bangladesh has an average salary of 50 lakhs to 60 lakhs yearly. So, playing for the national team, Mithun may take home in the same range.

However, his actual salary remains under investigation as none of the verified sources of his agent has given a hint to the media. Apart from being a part of the national teams in numerous games, he is also a domestic player who has been a part of various well-known clubs that may have paid him well. In the Bangladesh Premier League, Mithun plays for Sylhet Sunrisers, with whom he may have an impressive deal, but the contract details remain unknown. Domestically, Mithun has also been playing for the Kandahar Knights team since 2018. So, playing with them, Mithun may be receiving a decent salary.

Considering this fact, we can say that Mithun's net worth is not less than a million dollars. Apart from earning money from being a cricket player, Mithun may also take some profit from sponsorship and endorsement deals.

Ebadot Hossain is also a cricket player from Bangladesh.

Insights On His Professional Career

Starting with his early career, Mithun started off as a wicketkeeper in age-group cricket. Since then, he has continued in the position, although his batting has always been his stronger suit. Besides, he made his first-class debut playing for the Sylhet Division team in November 2006.

His 2008-2009 season went pretty well as Mithun topped the run charts for his squad with 285 runs. Likewise, Mithun was named in the squad for the Rangpur Riders team in October 2018. In the same way, he was selected to play for the Sylhet Thunder in November 2019 in the 2019-20 Bangladesh Premier League.

Later, Mithun got more chances to be a part of other teams, and in November 2021, Mithun was selected by the Kandy Warriors following the players' draft for the 2021 Lanka Premier League. Currently, he plays domestically for Khulna Division and Kandahar Knights. 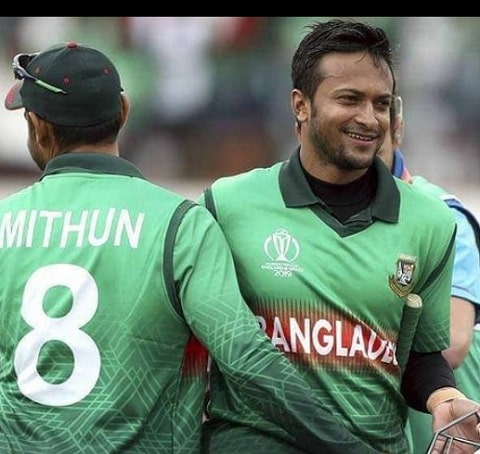 In the same way, Mithun made his test debut for the Bangladesh team on November 11, 2018. Likewise, Mithun was also a part of the team that participated in the 2019 Cricket World Cup.

Who Is Mithun's Father? More On His Family

Moving onwards, Mohammad Mithun was born on March 3, 1991, in Kushtia, Khulna, Bangladesh. Mithun was raised by his supportive parents, Shawkat Ali (father) and Jahanara (mother). For your information, Mithun is not only the child of his parents as he grew up alongside his three siblings, a brother named Imtiaz Hossain Milon and two sisters named Mili Akhtar & Mita Khatun.

Apart from that, Mithun was a student of Bangladesh Krira Shikkha Protishtan (BKSP). As said earlier, Mithun was interested in playing cricket from an early age. So, Mithun aimed to pursue a career in it, and his parents also supported him. 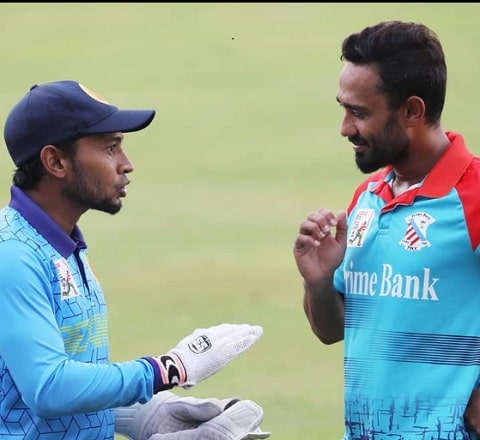 Mohammad Mithun in one of the professional cricket games SOURCE: Instagram @m.mithun08

Regarding his physical appearance, Mithun stands at an average height of 5 feet 10 inches (1.78 m).

Mohammad Mithun is an active social media user who is registered on Instagram under the username @m.mithun08. Mithun has been posting on Instagram since 2019, and at the time of this post, the cricketer has gained more than 3k followers.

Conversely, Mithun does not have much presence on other social media platforms. So, we can't find him on Twitter and Facebook.