Australian professional footballer Milos Degenek plays as a defender for Yokohama F. Marinos in the J1 League. He was even named in Australia's  23-man squad for the 2018 FIFA World Cup in Russia.

At the very beginning, Milos started playing football for the Westfields Sports High School and the Australian Institute of Sport. Degenek has also made two appearances for the Australia national under-17 team in the 2011 FIFA U-17 World Cup.

Milos Degenek was born on 28 April 1994 in Knin, Croatia. His family was part of the Serbian population of Croatia and fled the Croatian War of Independence to the Yugoslav and Serbian capital Belgrade in 1995. There, his family lived as refugees in poverty.

They were also affected by NATO-airstrikes during the Kosovo War in 1999. And after his family migrated to Sydney, Australia. However, Milos was so much fascinated by football since he was a child.

While growing up in Sydney, Degenek first played for the Westfields Sports High School and the Australian Institute of Sport. He first joined the under-19 team of VfB Stuttgart when he was 18 years old. He was called for his first team by Manager Bruno Labbadia on November 2012 where he spent the rest of the 2012-13 season, playing for the U19 side.

Milos made his first appearance for VfB Stuttgart II on 26 July 2013 in the 3. Liga against SV Darmstadt 98. However, in the 2013-14 season, James only made 9 appearances due to his in-field injuries. After that, for moreover a season he didn't actually appear in most of the matches.

At the start of the 2015-16 season, Degenek signed a two-year contract with Bundesliga club 1860 Munich. He made his first debut for Munich club in the opening game of the season playing against FC Heidenheim resulted in 1-0 loss.

He scored his first goal for the club on 19 September 2015 against FC Kaiserslautern which resulted at 1-1 draw. Somewhere in October, he has been suspended for one game for over picking five yellow cards. He made nearly 28 appearances scoring a goal at his first season at TSV 1860 Munich. 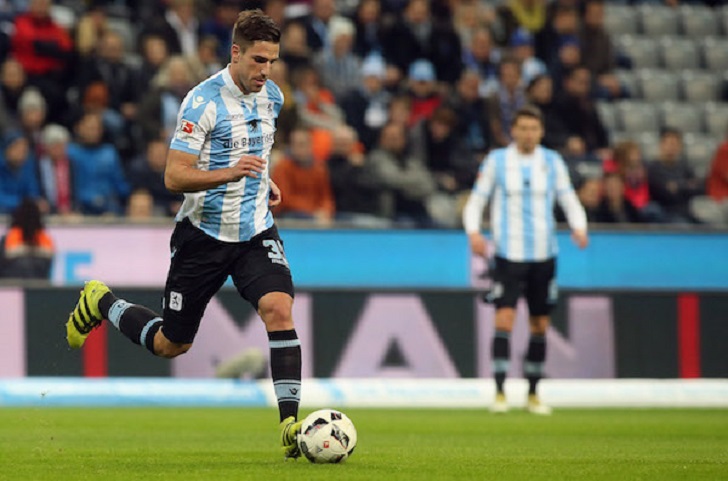 In the next season of 2016-17, Degenek changed his position to the central-defense at the start of the season. He started to appear in every match. On September 2016, he raptured intraarticular ligament initiation in the knee and had to be substituted in a 2-2 draw against FC ST. Pauli. After coming back to the side that saw TSV 1860 Munich won over Erzgebirge Aue resulted at 6-2.

Degenek left 1860 Munich four months before the end of his contract and joined Japanese club Yokohama F. Marinos on 26 January 2017. It was also reported that an undisclosed Chinese Super League club agreed to sign a contract with him. However, Milos reflected on his departure saying that he needed to leave in order to keep his international status alive.

Degenek made his first debut for Yokohama club in the opening game of the season against Urawa Red Diamonds on 25 February 2017. Later he became established to the club until he left to join the squad for the FIFA Considerations Cup. 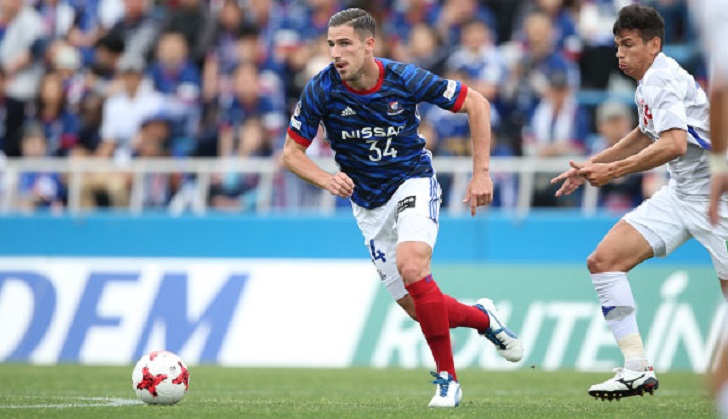 After, he set up a goal for Takashi Kanai to help the side score the only goal in the game victory over Ventforet Kofu which resulted at 1-0. Wherever, he finished his season making 28 appearances in all the competitions.

Capturing his performance, he was also named in the J.League Young Players' Best XI. Furthermore, in the 2018 season, the club saw a change of new management, as Ange Postecoglou was appointed as a new manager. And after he called Degenek to the senior team where he signed a new contract with the club as well.

Degenek has played so many times on the international stage. He captained the national under-15 team of Australia in two friendlies against Japan in April 2009. On 6 October 2009, he made his first appearance in the 2010 AFC U-16 Championship qualification for Australia under-16 team against Laos. However, he scored his first goal against Malaysia in 2009. After, his Australian team reached the semi-final of the final tournament of the 2010 AFC U-16 Championship.

On 26 August 2010, Degenek scored his first Australia U17 goal, in a match against Portugal U17 which resulted at a score 4-3.  After, he made two appearances for the Australian national under-17 team in the 2011 FIFA U-17 World Cup. After some years, Degenek was called up to the Olyroos squad against Turkey and FYR Macedonia on 26 August 2015. Then he made his Olyroos'U23 debut on 4 September where he started the whole game against Turkey won over 1-0. 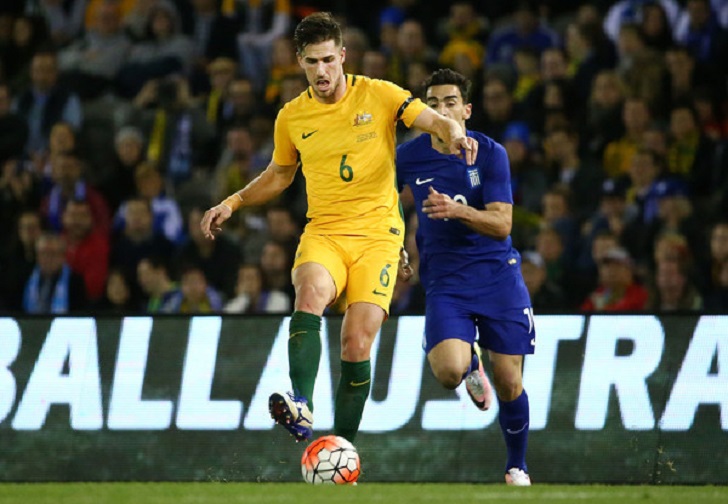 On 27 May 2016, Degenek made his Australia national football team debut against England where he came as a substitute in the second half. On 2017, it was announced that Molis made it to the final cut for the FIFA Confederations Cup squad.

Later in the CONCACAF-AFC playoff, Molis played once in the first leg, as Australia won 3-1 to qualify for the World Cup. Finally, he was named in Australia's 23-man squad for the 2018 FIFA World Cup in Russia.

Milos is a professional football player and also gets an enormous amount as a salary. He has successfully maintained his net worth over $15 million. He is known as one of the expensive players.

His current market value is 800k EUR according to the reports of Jan 5, 2018, which is also known as his highest market value till now.  He earns a salary estimated around 600k USD.

24-years old Molis stands in a height of 1.87m. His weight is 80 kgs. He holds an Australian and Serbian nationality and he belongs from a white ethnic group. He can speak in multiple languages such as English, Serbian.

Degenek has a brother, Djordje. Milos is currently Japanese after joining the Yokohama F. Marinos. He is still single and he focuses more on his profession than dating a girl out. He spends his much time practicing football.