Isfahan, Iran native Milad Sarlak is a professional football player who plays as a defensive midfielder for the Persian Gulf Pro League club Persepolis. The professional footballer also represents the Iranian national team alongside his national teammates Omid Noorafkan and Hossein Hosseini, and since making his senior team debut in the year 2021, Sarlak has already made over five appearances.

Sarlak is one of the most loved and skilled players on his team. Apart from playing as a defensive midfielder, he has also played as a central midfielder. Since September 5, 2020, Sarlak has been with the team Persepolis, and he wears jersey number 10. Similarly, he has played an important role in his squad in helping them win some titles, including the Persian Gulf Pro League (1): 2020-21.

His Age and Height Revealed Talking about his family life, Sarlak has received huge support from his parents. Currently, the identities of his father and mother are not available, but he shares a strong bond with them. Back in 2017, he posted an image with his mother on his Instagram handle.

Starting with his career at the club, Sarlak joined the academy of Sepahan in 2010. In the year 2014, he was promoted to the first team and finally, on December 10, 2014, Sarlak made his debut in a match against Gostaresh Foolad. During that time, he was just 19 years old, and his team won the game with a score of 4-1.

And in the 2016-17 season, Sarlak became a regular member of the starting 11 and participated in various matches. Furthermore, his first professional goal came on February 2, 2017, when playing against Paykan. The Sepahan team lost the game by 3-2. With the senior team of Sepahan, he made a total of 73 appearances and scored two goals. During his time at Sepahan, Sarlak played an important role in helping them win Persian Gulf Pro League (1): 2014-15. Moreover, Sarlak made headlines on the internet when he signed a two-year deal with Persian Gulf Pro League champions Persepolis on September 5, 2020. But before that, he played for Nassaji making 12 appearances and for the team of Shahr Khodro, he played in 13 games. Since 2020, he has been with Persepolis and has already scored three goals at the time of this post. Sarlak was also a part of the team that received the title of Iranian Super Cup (1): 2020; Runner-up: 2021; and AFC Champions League Runner-up: 2020.

Apart from being an active club player, he is also a national player who has represented his nation at various levels. From 2012 to 2014, he represented the Iran U20 team making eight appearances and scoring two goals. From 207 to 2019, Sarlak played for the Iran U23 squad. And on June 11, 2021, he made his senior team debut by playing against Cambodia. In the 2021 season, he made a total of 6 appearances.

As we know, Sarlak has been active in this field for a long time and has surely earned a good sum of money. According to Radio Free Europe, an Iranian footballer can earn up to $800,000 a year, and some of them also earn around $3,500. So, being a professional footballer, Sarlak may have a salary in the same range, but due to the lack of information, we are unable to mention details about his actual earnings. Currently, his market value is €900Th. Before coming into his current team, his value was below it. No doubt, his income will rise in the future as Sarlak is still playing football actively. Apart from that, Sarlak may make money from sponsorship and endorsement deals.

Meanwhile, Sarlak has accumulated more than 783k followers, and if he makes a sponsored post on Instagram, then he has a chance to earn around $2,346 - $3,910 from a single post.

Love Life: Does Milad Sarlak Have A Wife?

Coming into his personal life, Sarlak is a private person, which makes it more challenging to know about his love life. So, it is unknown whether he has a wife or a girlfriend. Till now, Sarlak has not made a single post about his affairs on social media. 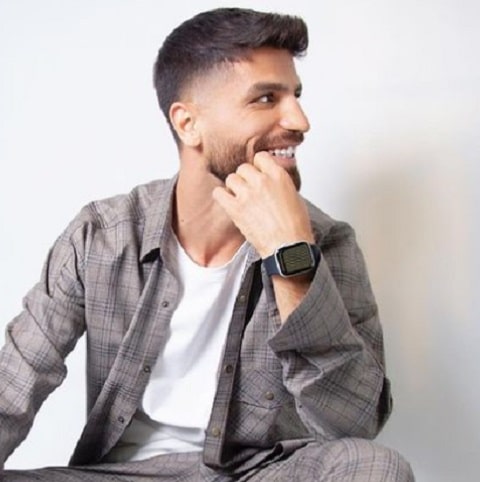 Not only that but Sarlak has not been involved in any rumors or controversies regarding his relationships. So, it is believed that Sarlak is highly aware of his privacy, and he does not like to expose anything to the media. However, his fans and well-wishers have been eager to know about his love life for a long time.

Sarlak is highly fond of using social media, and he primarily updates about his ongoing lifestyle via Instagram, where we can follow him under the username @miladsarlak6. Sarlak made his first post on Instagram on August 30, 2016, and since then, he has been giving updates about his professional life through it. At the time of this writing, Sarlak has already amassed more than 783k followers. According to his Instagram bio, he is supported by Ali Yalan, a social media agency. And Transfermrkt also shows that Sarlak is also associated with SportLife Management.

You may discover a broad range of sports news, buzz, and love matters on Playerswiki.