Mike Zunino is an American professional Baseball player who plays in the Major League Baseball (MLB). As of 2019, Mike Zunino currently plays for the Tampa Bay Rays as their Catcher. Previously, Mike Zunino has played for the Team Seattle Mariners.

As a Catcher, Mike Zunino reportedly earns around $4,412,500 as his yearly salary and has an estimated net worth of over $4 million. He is in a marital relationship with his wife Alyssa Zunino.

Mike Zunino got married to his high school sweetheart Alyssa Zunino in 2012. They dated for quite a long time and got hitched. 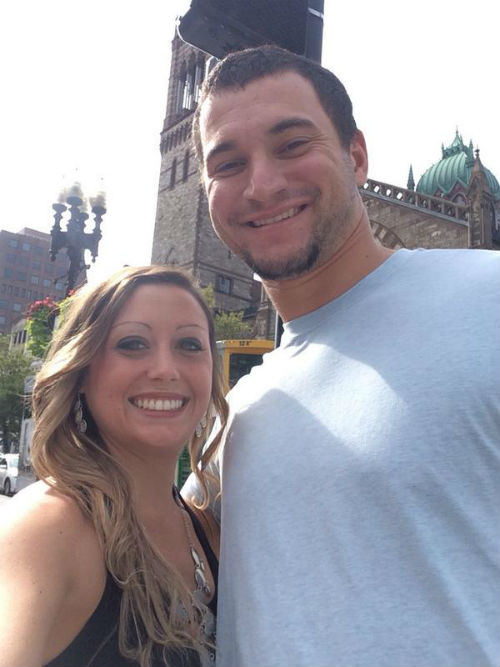 According to the media, Mike Zunino and his wife is expecting their first baby this year.

Zunino spends quality time with his spouse and goes on vacations quite often. Besides this, he is an animal lover. Talking about his physique, the Famous MBL star is 1.88 m in height and weighs around 100kg.

Mike Zunino Net Worth and Salary

His career contract and earnings, with bonus and incentives:

Mike Zunino was born on March 25, 1991, in Cape Coral, Florida to parents Greg Zunino and Paola Zunino. As per his nationality, he is American and belongs to the white ethnic group. Further, his star sign is Aries, similar to Zach Eflin. He grew up along with his siblings, whose names are not yet in the media.

Zunino played baseball at Cape Coral's Mariner High School, where he graduated in 2009, participating in the 2008 Dodger Stadium All - American High School Baseball Game of AFLAC.

The Mariners selected Zunino in the 2012 MLB draft with the third overall pick. Additionally, he made his MLB debut in 2013. Zunino hit his first home run on his third at-bat on June 14. Zunino collected the first walk-off hit of his career against the Chicago Cubs on June 28.

On November 8, 2018, in exchange for Mallex Smith and Jake Fraley, Zunino was traded to the Tampa Bay Rays together with Guillermo Heredia and Michael Plassmeyer.