Mike Wilbon is a well-established ESPN commentator. The multi-talented commentator is a former sportswriter and a columnist for the Washington Post. Wilbon co-hosted a show Pardon the Interrupt on ESPN. Wilbon has served as a trustee of Northwestern University. He has been actively working in the field for more than four decades.

Mike Wilbon was born Michael Ray Wilbon on November 19, 1958, in Chicago, Illinois. He is among the two children born to Cleo Wilbon and his wife, Raymond Wilbon. His parents worked as a route salesman and a public school teacher. Wilbon rose to fame only after his successful career. Much information about his early life and parents is under the radar. After graduating from High School, Mike enrolled at Northwestern University.

Mike started his career right after graduating from the University. He wrote for the Daily Northwestern while studying at the University. Wilbon joined The Washington Post in 1980 as a summer internships at the newspaper in 1979 and 1980. He initially covered Major League Baseball, the National Football League, and a few more leagues. Mike worked in the post and had a different column for himself.

While working for the posts, Mike covered ten Summer and Winter Olympics. Also, Wilbon covered every Super Bowl from 1987 until leaving the Posts in 2010. During his time at the Post, Wilbon earned the reputation as one of "the best deadline writers in American newspapers. He was named the top sports columnist by the Society of Professional Journalists.

After working for more than two decades, Wilbon began co-hosting  ESPN's daily opinion forum, Pardon the Interrupt with Tony Kornheiser. In 2006, Several top sources claimed Mike to leave ESPN, but Wilbon agreed to a multi-year contract extension with ESPN. He has also appeared in some television sports programs and a cameo appearance in the film Movie43.

Father of A Son

Mike tied his wedding knot with his longtime girlfriend, Sheryl Wilbon. The love birds tied their wedding knot in 1997. Nothing much about their wedding ceremony is known to the media. The duo had difficulty starting a family. He and his wife Sheryl had a child named Matthew Raymond Wilbon via surrogate on March 26, 2008. 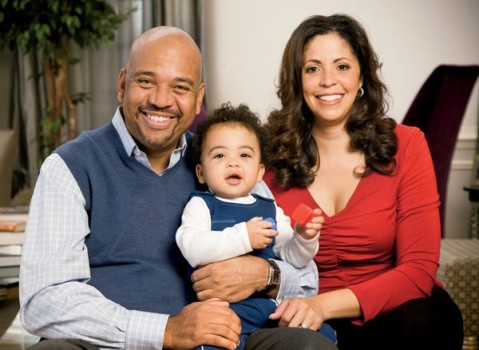 CAPTION: Michael along with his wife and their son SOURCE: Washington Post

Right before the birth of their son, Mike suffered a heart attack on January 27, 2008. He was later treated in Scottsdale hospital. The family of three is living a happy life.

How Rich is Mike Wilbon? Know About His Net Worth, Earnings, and Salary

Mike Wilbon has an estimated net worth of more than $15 Million. He has earned much of his net worth through his successful career that spans over four decades. Mike signed a contract extension with ESPN in 2016 and reportedly earned around $6 million as his salary in 2020.