Michael Ray McGee a.k.a. Mike McGee is an American professional basketball coach and a retired player who played 9 years in the National Basketball Association (NBA) for the Los Angeles Lakers, Atlanta Hawks, Sacramento Kings, and New Jersey Nets. The 1981 NBA draftee has won two NBA champion in 1982 and 1985.

How Much Is Mike McGee's Net Worth, Salary, & NBA Career Earning

As of 2020, Mike McGee's net worth is approximately $1 million, mostly earned as a basketball player and then coach. It's yet to discover how much he earned as a coach but some online sites has published McGee's salary during his playing stint in the NBA's team.

Besides, he played for other leagues: Rapid City Thrillers and Gaiteros del Zulia. Since his playing career ended, he was hired by the Beijing Aoshen Olympians of the Chinese Basketball Association in 1998, becoming the first non-Chinese head coach.

It is still unknown if the 6'5" (1.96 m) shooting guard/small forward, McGee is married or not. There is less to no information regarding his love life in the public/media.

As of 2020, the player turned coach is in his early sixties and might have already married as well as became the father too. But his life is a beautiful mystery that cant to explore but to assume. Well, the former NBA player has always lived his personal life low key and will be.

Mike McGee enrolled at Omaha North High School where he played high school basketball and scored 916 points during his senior season of high school in 1976–77. After graduation, he attended the University of Michigan from 1977 to 1981, playing basketball for the college team. He was the first player in Michigan Wolverines men's basketball history to lead the team in scoring four consecutive years.

On 9th June 1981, Mike was selected by the Los Angeles Lakers in the 1st round in the 1981 NBA Draft. On 17th June 1986, he was traded to Atlanta Hawks with Ken Barlow for Billy Thompson and Ron Kellogg. 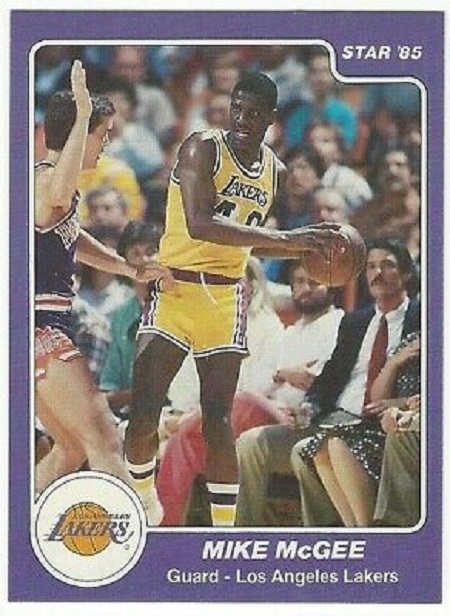 In 1991, Mike joined Rapid City Thrillers. After some time, he joined Gaiteros del Zulia of the Venezuelan Championship.

In 2014, McGee was inducted into the Omaha Public Schools Athletic Hall of Fame.