Miha Zajc is a professional football player from Sempeter pri Gorici, Slovenia, who plays for Fenerbahce as a midfielder. Since January 31, 2019, he has been playing for Fenerbahce, and before that, he also represented multiple teams, including Interblock, Olimpija Ljubljana, and Empoli. In addition to that, Zajc also plays for the Slovenia national team.

The 5 feet 11 inches tall player wears jersey number 26 on his current team. Further, Zajc has good dribbling skills and a good long-range shot. It is reported that Zajc is inspired by Luka Modric, a Croatian professional footballer who plays for La Liga club Real Madrid. Besides, Zajc is one of the most important players on his team as he has helped them to win some titles too.

Currently, Zajc plays for Fenerbahce, and his salary is pretty impressive, but due to the lack of information, none of the media outlets have given information about his earnings. Salary Sport reports that Zajc earns £28,000 per week and £1,456,000 per year while playing for his current team, Fenerbahce.

According to Transfermrkt, Zajc's market value is €6.00m. In the past, Zajc played for various teams with whom he signed mind-blowing deals. When he moved from Empoli to Fenerbahce, Zajc had a transfer fee of €3.50m. Before that, he was at NK Olimpija, and when he left that team, Zajc received a transfer fee of €2.30m. 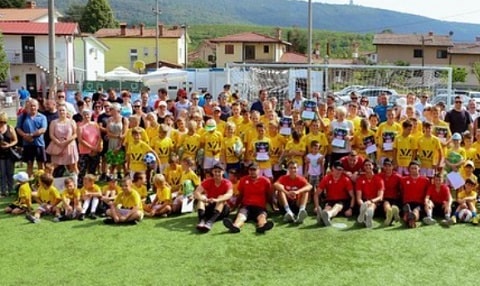 Considering this fact, it can be said that Zajc has preserved a massive fortune and his net worth is not less than a million dollars. Apart from earning from football, Zajc may earn money from sponsorship and endorsement deals. According to the Influencer Marketing Hub, Zajc may earn $621.75 - $1,036.25 from a single post if he makes a sponsored post on Instagram.

Love Life: Who Is Zajc's Girlfriend?

Talking about his love life, the professional football player is currently in a relationship with his girlfriend. The name of his girlfriend is missing from the web as Zajc has not shared it yet. However, Zajc is doing pretty well with his lover and exploring their pictures; we can say that the pair have been supporting each other for many years. 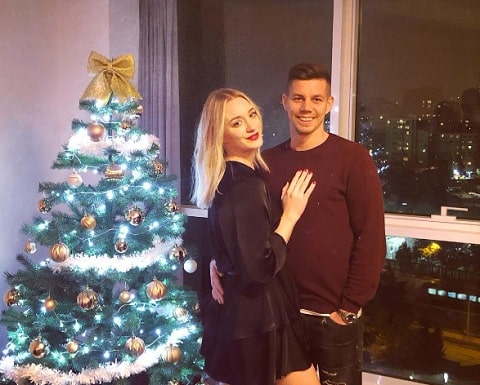 Miha Zajc with his girlfriend in front of a Christmas tree SOURCE: Instagram @mihazajc

Zajc loves going out to various places together with his girlfriend, and he often posts their moments on his Instagram handle, where we can follow him under the username @mihazajc. Despite that, Zajc prefers to stay away from the limelight, and he has not talked much about his love life openly.

You May Read: Samir Handanovic

Zajc played for Bilje in his youth career. From 2009 to 2012, he was with the team of Interblock. Later, Zajc also got a chance to play for Bravo. On March 3, 2012, Zajc made his debut by playing against Dravinja. When he was at Interlock, he made five league appearances. In the summer of 2012, he moved to Olimpija Ljubljana.

And his appearance for the Olimpija Ljubljana team came against Mura 05 in the Slovenian PrvaLiga. And in January 2013, he moved on loan to Celje. On March 2, 2013, Zajc made his league debut against Gorica, and the match ended in a 0-0 draw. His first goal came on October 30, 2013, while playing against Rudar Velenje in the quarter-finals of the Slovenian Cup. 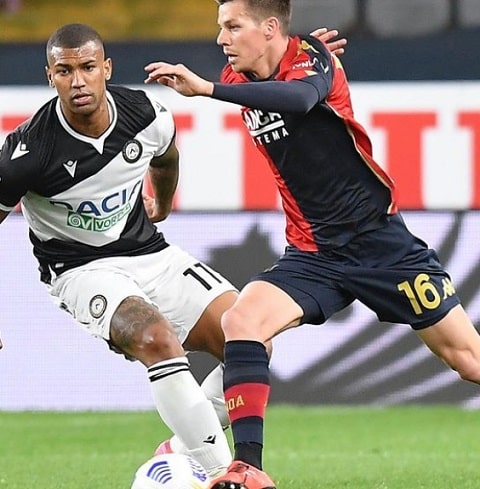 Miha Zajc playing in one of his matches SOURCE: Instagram @mihazajc

On January 29 of the same year, Zajc made his Serie A debut during a game versus Crotone. Zajc played for Empoli from 2017 to 2019 and made 66 appearances, scoring 12 goals. Later, Zajc moved to play for Fenerbahce and was also loaned to Genoa, with whom he played in 31 games, scoring a goal.

Talking about his international career, Zajc has represented the Slovenia national teams at various levels. He has played for U17, U19, U20, and U21 squads. And in March 2016, Zajc made his debut for the senior team while playing against Macedonia.

Miha Zajc was born in 1994, making his age 28 years as of 2022. The 28-years-old player lights his birthday candle on July 1 every year. Zajc is a native of Sempeter pri Gorici, Slovenia, and spent most of his early days there. 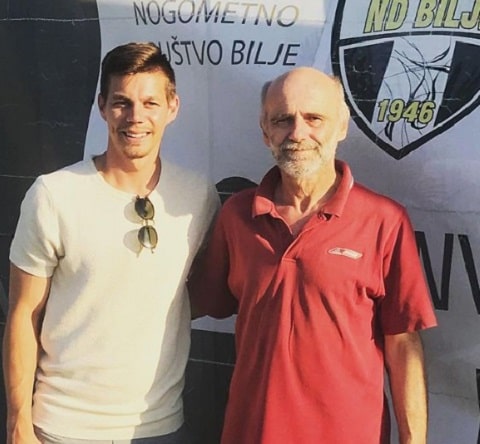 Furthermore, Zajc shares a strong bond with his parents, Vasja Zajc (father), while his mother's identity is not available in the public domain. As Zajc has kept his personal life away from the media, we are unable to mention much about his family background.

Talking about his physical appearance, Zajc has an athletic body, and his height measurement is 5 feet 11 inches (1.80 m).

Miha Zajc is fond of using social media sites, and he is mainly active on Instagram, where we can find him under the username @mihazajc. At the time of this writing, Zajc has accumulated more than 213k followers on his account, from where he shares updates regarding his personal and professional life.