Michael Mmoh is an American tennis player. He was the 2016 USTA junior national championship. What's more? he has won 2X ATP challengers titles as well as 4X ITF Futures tournaments, the first one at the age of sixteen.

Riyadh, Saudi Arabia native, Michael Mmoh was born on 10th January 1998, under the star sign Capricorn. The twenty-three years holds an American nationality and is of Irish and Nigerian ancestry. Further, the right-handed tennis player stands 1.88 m (6 ft 2 in).

How Much Is Michael Mmoh's Net Worth In 2021? Prize Money

Michael Mmoh is actively playing tennis for over six years now. Not to mention, professional tennis players have six different income sources: tournament prize money, appearance fees, endorsement deals and sponsorships, exhibition fees, bonuses, and club tennis deals. Nevertheless, the ranking, popularity, and nationality, will determine how much they earn from each source.

As of January 2021, Mmoh prize money is reported to be earning $970,376 (Singles & Doubles Combined). Outside the court, he earns much from endorsement deals with Dunlop and Adidas. Currently, his net worth is approximately $1 million.

Michael Mmoh has maintained his personal life as secret as possible. Neither past nor his present relationship or girlfriend is disclosed to the public/media. His relationship status is a big question mark for his audiences. As there are no reports suggesting his romantic life, the tennis player is believed to be single. 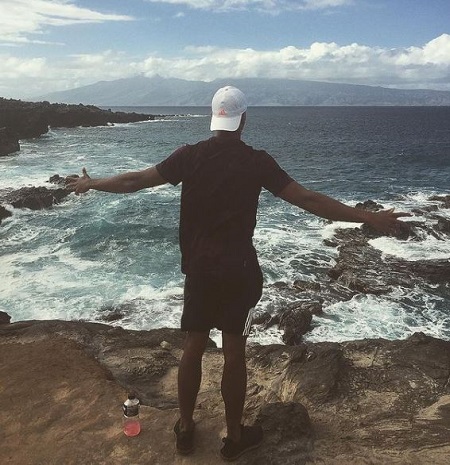 Scrolling through his IG where he has over 12.6k followers (as of January 2021), he has shared various pictures from his vacations, some with his family, and mostly from tennis.

Before turning eighteen, Mmoh experienced some early career success on the ITF Futures tour, winning three titles. In 2018, he was qualified for his first-ever ATP-level tournaments at Memphis where he defeated Dennis Novikov and Bjorn Fratangelo. However, he faced loss in the first round to finalist Taylor Fritz.

After winning his 4th Futures title, he received the wild card into the Miami Masters, where he was defeated by Sascha Zverev. Following his first career Challenger title at Knoxville, he reached the Top 200 and also winning the 2017 Australian Open Wild Card Challenge. The following summer at Lexington, he won another Challenger title.

Mmoh qualified for the first time via ranking in a Grand Slam main draw at the 2019 Australian Open where he was defeated by Radu Albot in round one. At the 2020 Australian Open, he recorded his first main draw win with a straight-sets victory over Pablo Andujar.

After his Australian Open play, Mmoh qualified for the main draw at the 2020 US Open. There he won his first-round match against Joao Sousa in 4 sets.

Born in Saudi Arabia, Michael is the son of Tony Mmoh, a former tennis player who represented Nigeria and reached a career-high ranking of 105. On the other hand, his mother Geraldine O'Reilly who was born in County Monaghan in Ireland also has an Australian citizen. O'Reilly, an avid tennis fan, was working in Saudi Arabia as a nurse in the 1990s when she met Tony Mmoh, who was coaching the Saudi Arabian Davis Cup team.

Mmoh started playing tennis at the tender age of 3. The Mmoh family lived in Saudi Arabia until Michael turned 13.