Whether as a player or coach, Michael Huger's main source of income is basketball. He spent 12 years long as a basketball guard for the various European leagues. During his time as a player, the EuroLeague teams offer a typical salary of $65,000 to $100,000. For sure, Huger is summoned over $1 million from his playing career.

From 2005 to 2015, Huger served as an assistant for the Longwood then George Mason and Miami (FL), earning a six-digit figure.

During his first season, as a men's basketball coach at Bowling Green, Huger earned $449,078 in salary and benefits, including any bonuses, in 2015-16.

His notable bonus includes $10,000 if wins 12 of 18 MAC regular-season games and $5,000 for each victory over a Power Five conference team in the regular season.

As of 2021, Michael Huger has an estimated net worth of $1 million.

Michael Huger is married to Tonya for a long-time now. The couple met as a student at Bowling Green. First, they developed a good friendship which eventually blossomed into a romantic relationship. The duo also a had long-distance relationship which taught them to the patient in their love. 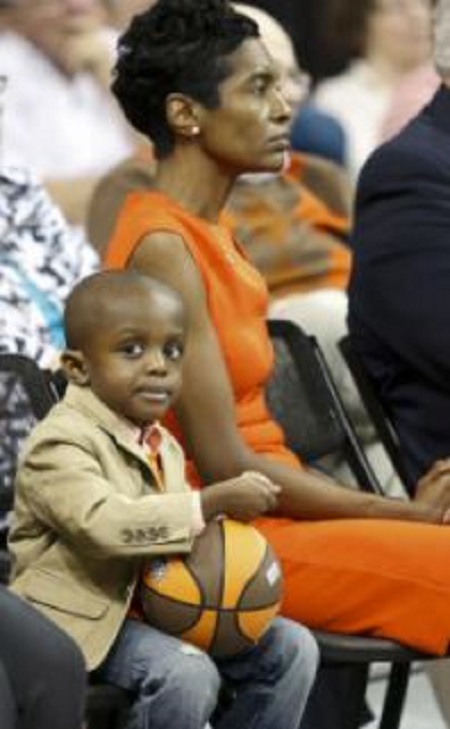 Later, Michael and Tonya tied the knot in a secret ceremony. In November 2011, they welcomed their first son Michael Anthony II to the world.

The fifty-year-old, Michael holds an American nationality and is of Afro-American ethnic background.

Michael started his coaching career with Longwood as an assistant. After two seasons, he moved to the George Mason University as an assistant. in each season Huger coached there, the Patriots made the post-season, including two NCAA tournament bids, and won a regular-season Colonial Athletic Association title and a CAA tournament title.

In 2011, he joined the University of Miami. In 2012-13, Huger was the Hurricane's defensive coordinator. The team was nationally ranked No. 39 in scoring defense (60.6) and No. 48 in field goal percentage defense (40.0).
On 5th April 2015, Huger was appointed the head coach of the Bowling Green State University men's basketball.