Melker Karlsson is a Swedish professional ice hockey player who plays in the National Hockey League (NHL). As of 2019, Melker Karlsson currently plays for the San Jose Sharks as their Right Wing. Melker Karlsson has played for other teams like Skellefteå AIK.

Melker Karlsson's Net Worth and Salary

As of 2019, Melker Karlsson has an estimated net worth of over $4 million which is similar to Shayne Gostisbehere of the Flyers team. He reportedly signed a three-year contract worth $6 million with San Jose Sharks in 2017.

Besides his financial earnings, his personal assets include home and cars. Moreover, he earns a good amount of money from various sponsorships.

Melker is a married man. He is married to his gorgeous and charming girlfriend Denise Borjesson in San Jose, California in August 2016 whom he has been dating for a long time. Furthermore, more details about their relationship are not disclosed on the media. 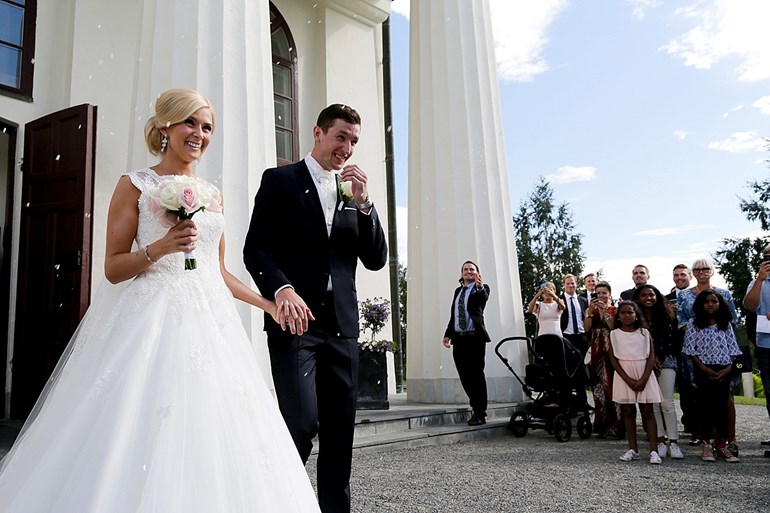 Other than being a famous NHL Right Wing, Melker Karlsson is pretty famous in social media. The Famous NHL star is 6 feet in height and weighs around 82 kilograms. Melker Karlsson is not only a world-class athlete but also has a very attractive individual.

Melker Karlsson was born on 18 July 1990, in Lycksele, Sweden but the details about his parents and family life aren't available.

As per his nationality, he is Swedish and belongs to the White ethnic group and his star sign is Cancer. Since he was in high school, he was interested in ice hockey and wanted to pursue his career as a child as a professional ice hockey player.

Melker started his professional NHL career with the San Jose Sharks in 2014. After playing for the Worcester Sharks of the Ameican Hockey League, he made his NHL debut against Edmonton Oilers in 2014.

On 22 December 2014, Karlsson scored his first NHL goal against Anaheim Ducks ' Frederik Andersen. It was announced on 12 May 2017 that the Sharks had re-signed Karlsson to a three-year contract worth $ 6 million.

Currently, he is playing alongside Michael Haley who plays in the Center position.