Popular as  "Ghost" or "Ghost Bear", Shayne Gostisbehere is an American professional Ice-hockey player who plays in the National Hockey League (NHL) for the Philadelphia Flyers as their Defense. He was picked 78th overall in the 2012 NHL Draft and started his professional career in 2014.

Shayne Gostisbehere's annual salary is reportedly around $4,500,000 and has an estimated net worth of over $4 million in 2019. Currently, he is in a relationship with his girlfriend, Gina Valentine.

Shayne Gostisbehere Net Worth and Salary

Further, the NHL player has an average salary of $4,500,000 annually while James Van Riemsdyk is among the highest paid players of the team with an annual salary of $7,000,000. Shayne Gostisbehere so far has made earnings of $7,850,000 from his entire NHL career.

Exploring his personal life, he is unmarried but is currently dating his girlfriend, Gina Valentine. Shayne and Gina have been dating each other for several years and might be planning to get married soon.

His girlfriend Gina is a student of Nursing who is pursuing her education from Jefferson's College of Nursing. 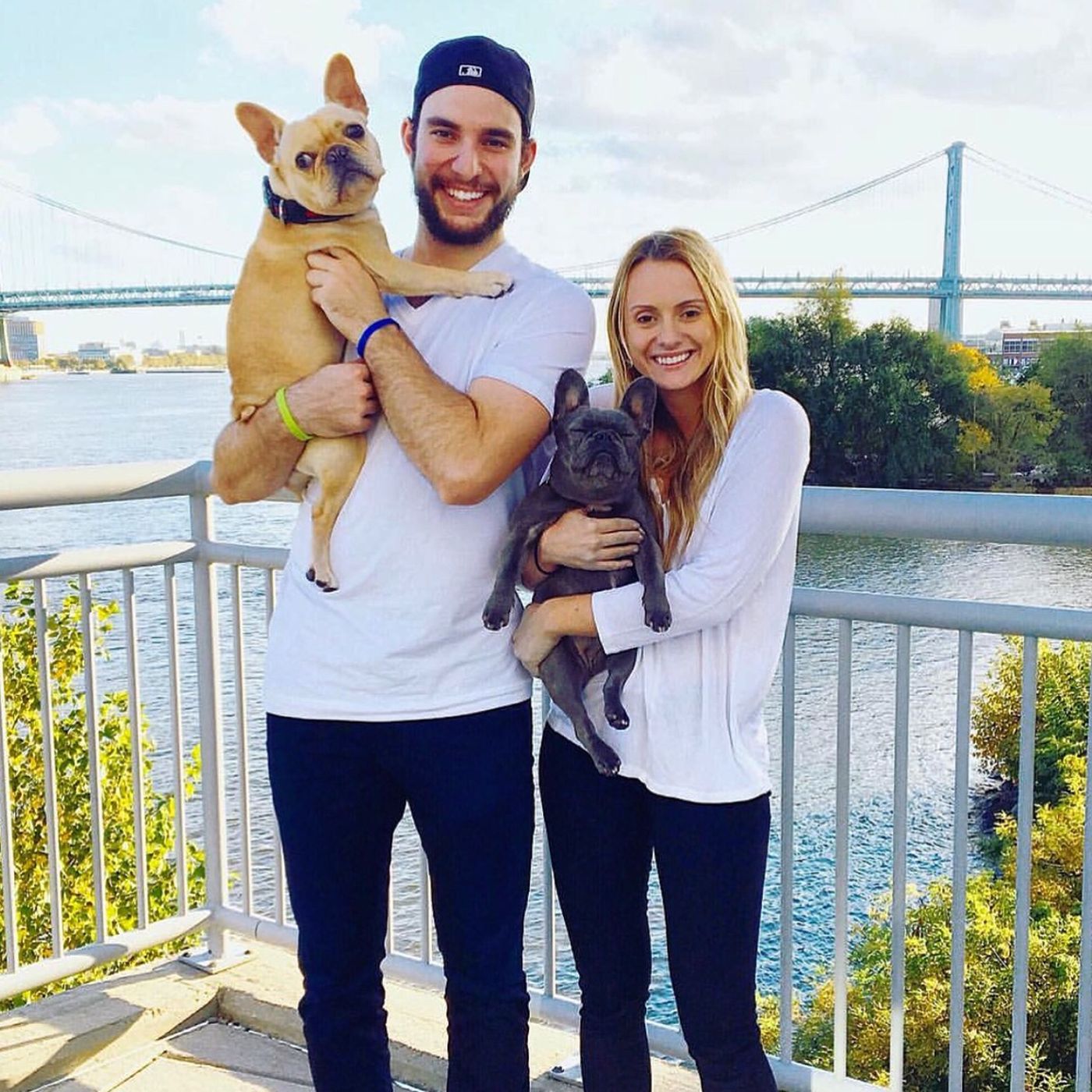 CAPTION: Shayne Gostisbehere and his girlfriend, Gina Valentine, with their dogs, Pippa and Cooper SOURCE: Philly.com

Further, the couple is a parent of three French Bulldogs, Cooper, Pippa, and Louie. The duo is happily living together in Philadelphia and there isn't any news of them getting separated in recent time.

Shayne Gostisbehere was born on April 20, 1993, in Pembroke Pines, Florida, the U.S. to parents Regis Gostisbehere and Christine Gostisbehere. As per his nationality, he is American and belongs to the White ethnic group. Further, his star sign is Taurus.

He grew up along with his older sister, Felica. Further, his sister, Felica was a figure skater who suffered a career-ending hip injury at her teenage. As an avid hockey player, he started his hockey career from his early school days.

In the third round (78th overall) of the 2012 NHL Entry Draft, the Philadelphia Flyers selected Gostisbehere. Gostisbehere was signed to an entry-level contract by the Flyers on April 15, 2014.

On November 14, 2015, Gostisbehere recorded his first NHL point in his opening appearance with the Flyers, playing against Carolina Hurricanes. He scored his first NHL goal three days later against the Los Angeles Kings' Jonathan Quick.

Gostisbehere signed a $27 million six-year deal with the Flyers on June 9, 2017, worth $4.5 million a season. Currently, he is playing along with his star team-mates such as Jakub Voracek, Michal Neuvirth and many more.