Mel Tucker is a professional footballer turned coach. He currently stands as the head football coach of Michigan State University. Before, he was the head coach of the University of Colorado.

Cleveland, Ohio native, Mel Tucker was born on 4th January 1972, under the star sign Capricorn. The forty-nine years old holds an American nationality and is of white ethnic background.

In November 2021, Michigan State announced that Tucker has signed a new extension contract, a 10-year worth $95 million. The deal is valued at $9.5 million per annum, including a $5.9 million base salary with a $3.2 million in supplemental compensation for media and personal appearances, plus a $400,000 contingent annual bonus. The deal expires on 15th January 2032.

They met through Mel’s friend while at Wisconsin University. Mel once said that he got smote by Jo-Ellyn on their first date. Reportedly, Jo-Ellyn accepted Mel’s proposal right on the onset.

After graduation, Mel signed to the Hamilton Tiger-Cats of the Canadian Football League. However, he fell ill during training camp due to chickenpox and was cut from the team.
Following CFL, Tucker  sold meat from the back of his trunk as a job after college.

In 2005, Tucker debuted in NFL as a  defensive back coach for the Cleveland Browns. In 2008, he played the role of the defensive coach 2008.

From 2009-2011, Tucker became a defensive coach of the Jacksonville Jaguars. On 29th November 2011, he became Jacksonville's interim head coach Del Rio was fired. On 10th January 2012, he ran the Jaguars for their final five games. 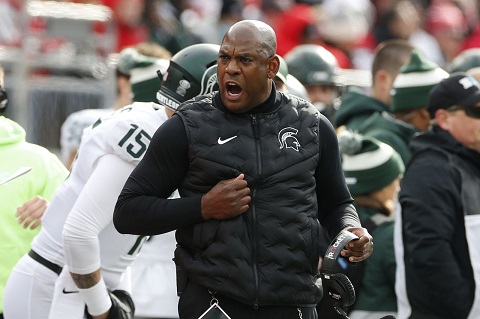 On 13th January 2012, Tucker would also be the assistant head coach of the Jacksonville Jaguars.

On 18th January 2013, Tucker was hired as the defensive coordinator of the Chicago Bears. He then spent the 2015 season with the Alabama Crimson Tide as assistant head coach and defensive backs coach.

The following year, Tucker joined Georgia as the defensive coordinator, where he served through 2018.