Mehidy Hasan is a professional Bangladeshi player who plays Test and ODI cricket for Bangladesh National Team. He is a right-handed batsman and right-arm off-break bowler. He is the No.2 ODI bowler in ICC ranking globally as per the 2021 ICC report. In February 2021, he scored his maiden century in Test cricket against West Indies.

Furthermore, he is one of the best all-rounders of the Bangladesh National team, and he also captains the 2016 U-19 cricket world cup.

Is Mehidy Hasan in a relationship?

Yes, he is involved in a relationship with Rabeya Akter Priti. They have been in a relationship for six years long, and they both got married on March 21, 2019, in the presence of both families. They look like an adorable couple together.

Besides, they got married the day after the cricketer, and his teammates narrowly escaped the twin terror attacks at Christchurch mosques in New Zealand.

The current national team player of the Bangladesh team, Mehidy Hasan, was born on 25 October 1997, and he was 24 years old by now. He was born in Khulna, Bangladesh and grew up in Khalishpur of Khulna city. He started to play cricket at eight and went to Kashipur Cricket Academy,, where he was first selected for the Under-14 national cricket tournament. 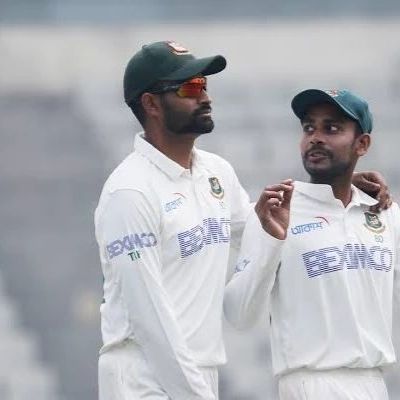 Talking about his physical appearance, he is 5 feet 6 inches tall and black. According to astrologists, his zodiac sign is Scorpio, and his weight is 77 kg. His father's name is Jalal Hossain, his mother's name is Minara Begum, and he has a sister named Rumana Akhtar Mimma.

Mehidy Hasan's net worth is around $2 million, and his monthly salary is estimated at $5000 US dollars. And his annual salary is about $70,000, and he also makes a good income from domestic games and other tournaments.

Besides, he lives a good life with his income and is happy with his career.

Yes, he is pretty active on social media, and he uses Instagram and Twitter to interact with his fans. He has a good fan following on both social media platforms. He has 64.2 k followers on Instagram, and he has personally followed 27 people with 325 posts on Instagram. His position includes his cricket games, daily activities, wife, etc.

Besides, he has 39.5k followers on Twitter, and he has followed 22 people on Twitter with 190 Tweets. made

He started his career playing in an Under-19 World Cup from a national team and was the captain of the National Squad. He has played many domestic games from various clubs such as; Kalabagan, Khulna Division, Rajshahi kings, etc. He made his ODI debut against Srilanka on 25 March 2017 and his Test debut against England on 20 October 2016. 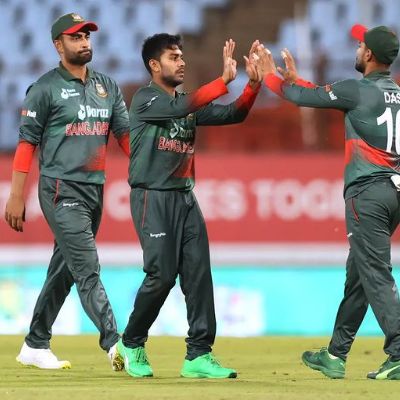 Furthermore, he has made his T20 debut on 6 April 2017 against Sri Lanka. Miraz was one of ten cricketers to be awarded a central contract by the Bangladesh Cricket Board(BCB) ahead of the 2018 season.