Associated Press Sports Feature Awards winner Matthew Yocum is a long-standing reporter. He worked for several reputed organizations including The Nashville Network(TNN), ESPN, TNT, and NBC. An original member of the FOX NASCAR on-air team since its 2001 debut, Yocum returns as a pit reporter in 2020 for his 20th consecutive season.

Born on April 8, 1968, in the United States, Matt Yocum holds an American nationality and is of white ethnicity.

The American sportscaster/reporter Matthew Yocum has an estimated net worth of $1 million.  The reporter receives an annual salary of $75,000 from his successful reporting career with FOX Sports NASCAR.

NASCAR analyst salaries can range from $47,360 to $52,059. This estimate is based on one NASCAR Analyst salary report(s) submitted or estimated by employees using statistical methods. 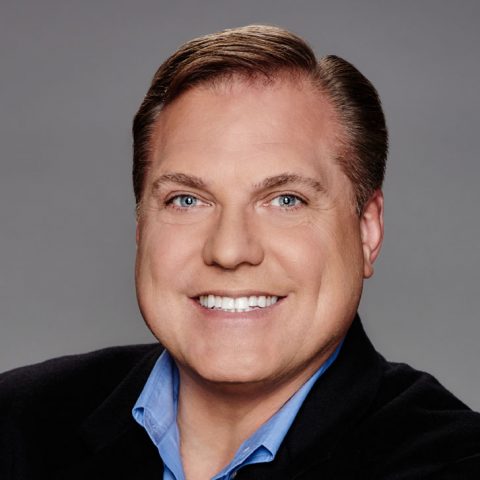 Further, FOX Sports NASCAR reporter receives an added sum of money from his radio and TV guest appearances as a sports pundit too.

Matthew Yocum is one of the most popular FOX Sports NASCAR anchors who has made a successful career as a sports anchorman. As FOX Sports NASCAR is a popular Sports Network, it is well known for paying a heavy amount of salary to its sportscasters.

As Matthew Yocum is a regular FOX Sports NASCAR anchor, he earns a decent amount of salary from the network.

Matt is married to his wife Ingrid Bendezu since the early 2000s. The couple got engaged on Nov 29th, 2001 in New York City on a carriage ride through Central Park after dinner at Tavern on the Green. Initially, the couple planned to get married on January 25, 2003 but was later postponed.

But the details regarding his wedding and also about his wife/girlfriend are not available on the media. the famous sports reporter has a daughter named Madison.

So far there are no rumors/controversies about the divorce of Matt and his wife and there is no news of his extra-marital affairs. Other than being a famous sports reporter, he is quite popular in social media with a huge number of fan following.

Matt has a charming personality along with his white hair and blue eyes.

Currently, Matt is residing in Huntersville, N.C, along with his family, and has a beautiful home there.

Matthew Yocum attended Florida State University and completed his Bachelor's degree in Political Science and Communications in 1991 and another famous sportscaster Mark Richt also studied from there.

Matt started his reporting career with NBC as their sports reporter. After that, he worked for several other networks like TNN(The Nashville Network), ESPN, Turner Sports, and TNT.

Besides, he is the only broadcaster to work with FOX and NBC at the same time. Matt started working with the FOX network from 2001. During his work with NASCAR, he worked alongside Larry McReynolds.