Matthew Martin a.k.a. Matt Martin is a Canadian professional ice hockey winger. He currently plays for the New York Islanders of the National Hockey League (NHL). Known for his strong checking abilities, he holds the NHL record for most hits in a season.

How Much Is Matt Martin Net Worth? Know His Salary and Contract

Good to be back. #LGI

With a tremendous net worth, he is living a lavish lifestyle. However, he has revealed any information about his house and cars.

In the summer of 2015, Martin established the Matt Martin Foundation to raise money for causes such as NYPD Widows and Children’s Fund. In 2016, Martin was named a finalist for the NHL Foundation Player Award due to his involvement in the community and charity work.

Martin is married to Sydney Esiason, the daughter of retired NFL player Boomer Esiason. The two have been dating since 2013 and share a lot of their intimate moments on Instagram.

His wife is an American sportscaster popular as a former employee at Sports Illustrated. 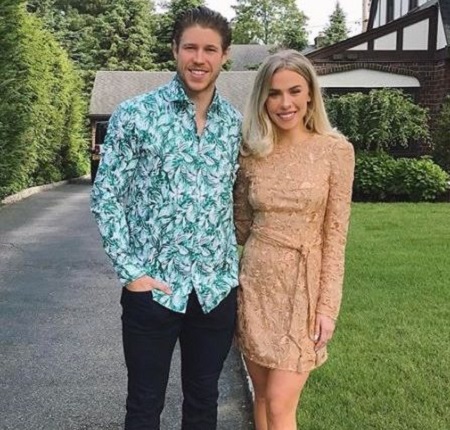 On 18th March they became engaged. The following year, on 29th June, the couple tied the knot. 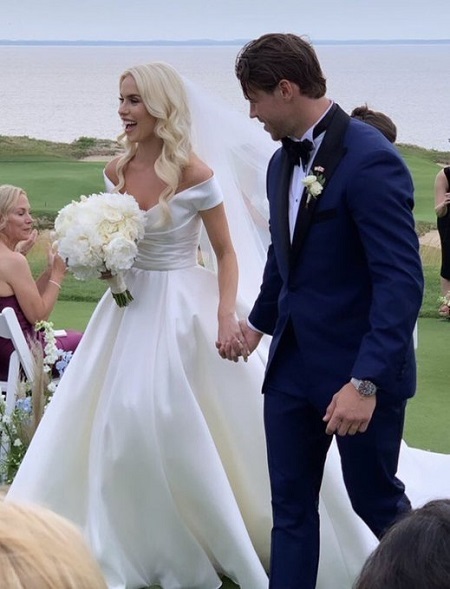 His wife is a famous sportscaster.  Currently, the couple is living a blissful life without any news and rumors of divorce and extra-marital affairs.

Who is Sydney Esiason?

Sydney Esiason is a famous sportscaster who has worked for Sports Illustrated and has also appeared in various sports commentary. She also served CBS Broadcast Center, MAXIM Magazine and PAULE KA.

Sydney is the daughter of Boomer Esiason and Cheryl Esiason. Her father Boomer played American football and currently serves as a color commentator. She also has a brother named Gunnar Esiason.

A native of Windsor, Ontario, Canada, Matt Martin was born on May 8, 1989. His star sign is Taurus. As per nationality, he is a Canadian.

Happy Mother’s Day! We are all extremely lucky to have strong, beautiful, loving women in our lives... but none more important then the ones who raised us. Thanks for everything Mom, couldn’t have done it all without you. I love you

He grew up alongside his elder brother, who also played hockey and encouraged him to get involved in the sport.

In the 2008 NHL Entry Draft, he was picked in the fifth round, 148th overall by the New York Islanders. on September 4, 2009, he signed a three-year entry-level contract with Islanders. On September 15, 2012, Martin agreed to a four-year deal with the Islanders.

On July 1, 2016, Martin, as an unrestricted free agent for the first time in his career agreed to a four-year Toronto Maple Leafs worth $10 million, worth an average of $2.5 million a season.

On July 3, 2018, after two seasons with the Maple Leafs, Martin was traded back to the New York Islanders by Toronto in exchange for Eamon McAdam. His famous teammates include Josh Bailey, Andrew Ladd, and Devon Toews.