Matt Eberflus is a well-known American football coach. He is currently working as the defensive coordinator for the Indianapolis Colts in the National Football League. Matt has been working as a coach for almost three decades. He started his coaching career in 1992, working as the student assistant coach for the University of Toledo.

Matt Eberflus was born on May 17, 1970, in Toledo, Ohio. He seems to be the only child born to his parents. Matt rose to fame only after his years of hard work and a successful career, so there is not much information about his early life and parents with the public. Matt graduated from Whitmer High School in Toledo and enrolled at the Univesity of Toledo.

Matt Eberflus Net Worth and Salary

Matt Eberflus has an estimated net worth of $5 Million. Matt has earned much of his net worth through his successful career with American football. He has been working in the field for almost thirty years, making him one of the longest serving-man in American football history. The average salary of a Defensive coordinator currently working in the states is more than $50,000. 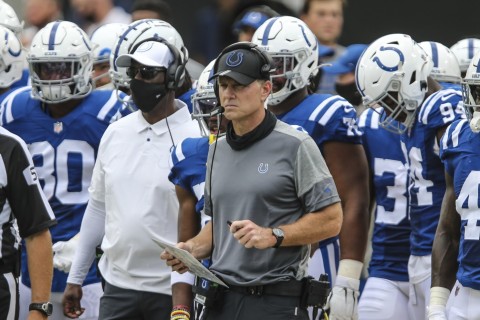 Matt encompasses a huge experience along with him and must be earning in six-figure digits. The highest earnings Defensive coordinator in the states is Wade Philips, who earns more than $700,000 annually. The coach likes to keep his personal life away from the media, due to which, His exact information is not known to the media.

Matt Eberflus is living a happy married life with his wife and his children. He is married to his long time girlfriend, Kelly Eberflus. The love birds have been married for more than two decades. They had a private wedding ceremony where they had invited only a few members from both the families and some close friends to attend the ceremony. 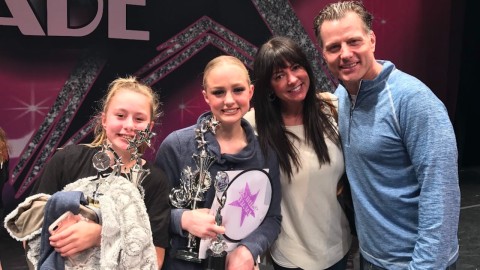 Matt Eberflus with his wife and children SOURCE: Colts

Soon after the wedding, Matt and Kelly were blessed with two beautiful daughters, Grace and Giada. He seems to be very much supportive of his children. Matt can be seen along with his wife and his daughters in his game. He does not like to keep his family under the media's pressure and has become successful in keeping them from out of reach of media personals.

Matt started working as a student assistant coach right after graduating from University. He initially played as a linebacker for Univesity and was in All-MAC honors as a junior and again as a senior. Toledo Native Matt worked with his University team for nine years until 2000. In 2001, He shifted to the Univesity of Missouri along with his head coach Gary Pinkel.

After working as a defensive coordinator for the University of Missouri, Matt got hired by Cleveland Browns as a linebackers coach. He had a good start to his career with the team but transferred to Dallas Cowboys in 2011. Eberflus continued to work with the team until the 2017 season. He had many great seasons with the team.

In 2018, Eberflus joined Indianapolis Colts as their defensive coordinator. He has been working with the team. In 2019, He did give an interview for Cleveland Browns as their Head coach but got rejected. He recently rejected the offer of Houston Texans. Matt was inducted into the school's Athletic Hall of Fame in 2004.