Mathieu Choiniere is a rising Canadian professional football player. He is currently playing in the Major League Soccer club, CF Montreal. Choiniere plays as a midfielder for his club and country; he wears no.29 jersey while playing for his club CF Montreal.

On February 7, 1999, Mathieu Choiniere was born in Saint-Jean-sur-Richelieu, Quebec, Canada. He rose to fame only after his successful career so, much about his parent is still under the radar, but his parents have been his foundation for his growth in soccer. He grew up with his brother David Choiniere playing soccer in the backyard of their house.

CF Montreal's midfielder is an active social media user. Following his timeline, we can be sure that The Candian football player is involved in a romantic relationship with his longtime girlfriend, Erika Rimi. 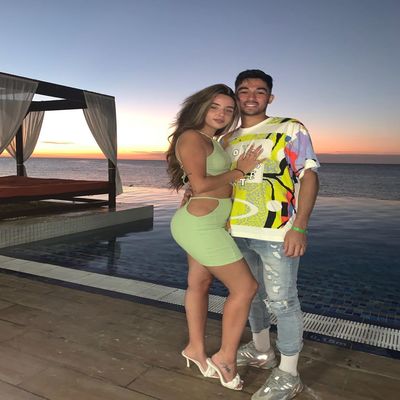 Choiniere is open about his relationship with Erika; the couple often spends quality time with each other during their vacations. The love birds might settle down with each other in the coming years.

Erika has been Choiniere's prime supporter for a long time, and she is known for her charming photos on her Instagram.

Choiniere, playing soccer since his early childhood, has an athletic body. Particularly, he stands at the height of 5 feet 7 inches tall and weighs around 68 kg.

Choiniere has been playing professional soccer since 2011 and might have collected some good fortunes to date. He is expected to have an estimated net worth below $500,000, as he has been playing for his club CF Montreal from a young age. 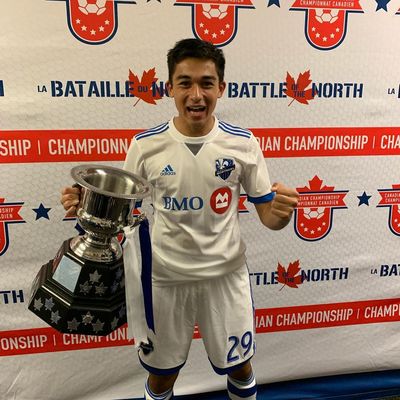 Apart from being a professional football player, Choiniere also makes good earnings through advertisements, sponsorships, and endorsements. Mathieu might be earning well through such areas but has not disclosed a hint to date.

Also, know about Ben Moore's Salary and Net Worth. The CF Montreal's midfielder was named the Canadian U-23 team for the 2020 CONCACAF Men's Olympic Qualifying Championship.