Mateusz Andrzej Klich, simply known as Mateusz Klich is a Polish professional footballer who is currently signed to the Premier League side Leeds United and the Poland national team. The midfielder previously played for the Cracovia, VfL Wolfsburg II, PEC Zwolle, 1. FC Kaiserslautern, and FC Twente.

Besides, the footballer makes a decent sum playing for Poland national team, where he has been capped 25 times with two international goals. His other source of income is considered an endorsement deal. As of 2020, his net worth is approximately $2 million.

Mateusz Klich's Wife: Is He Married?

Leeds United's midfielder is neither married nor single. Currently, he is in a relationship with his long-time girlfriend, Magdalena Firek. The couple shares a baby girl whom they welcomed in 6th November 2018. 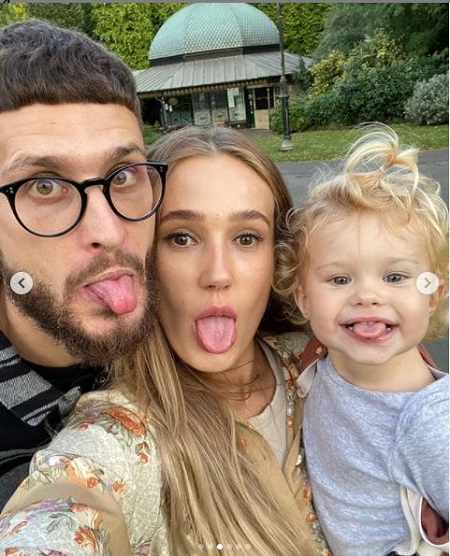 Mateusz Klich's with his girlfriend and daughter SOURCE: Instagram @megrec_

Scrolling through their IG accounts, the couple has shared their adorable family pictures.

Klich is the son of Wojciech Klich, a former professional player who played 84 matches in the Polish first division, and currently works as a youth coach at Cracovia. On the other hand, his mother, Małgorzata is a PE teacher who won a bronze medal at the Polish championships for 800m freestyle. Further, his sister, Maja is a swimmer.

Besides, there is no information regarding his academic background. Probably, he did his high schooling in his home town.

On 14th June 2011, he joined VfL Wolfsburg, signing a three-year deal with a reported fee of €1.5 million, making him the most valuable player in Cracovia's club history. In 2012, he was sent on loan to Dutch club PEC Zwolle and eventually signed a permanent contract with Wolfsburg securing a repurchase option. In June 2014 Wolfsburg exercised their repurchase option for Klich and he played the 2014-15 season with the team.

In January 2015, Klich signed 2. Bundesliga club 1. FC Kaiserslautern. On 26 August 2016, he joined Eredivisie side FC Twente on a three-year contract.

On 23 June 2017, Klich moved to English club Leeds United. On 12th September 2020, he made his Premier League debut in the first match of the season against Liverpool where he scored his side's third goal in an enthralling 3–4 defeat to the reigning champions.