The Spanish soccer player kicked off his football career playing for his hometown club UE Petra and later on, he joined FC Barcelona's La Masia as a youth player in 2015. He is a right-footed player with huge potentiality in a defensive position.

Mateu Morey is a Spanish citizen born in one of the beautiful places of Spain called Petra on March 2, 2000. He has been living with his family at the moment in Germany. According to astrology, his zodiac sign is Pisces, and he is just 21 years old as of 2022. Morey is Spanish by nationality and Hispanic by ethnicity. His family clue is still not transparent at the moment.

The right-footed Spanish right-back Morey began his professional career way back when he joined FC Barcelona's Masai in 2015 as a youth player. Before joining FC Barcelona, he was playing for Manacor, Mallorca.

Mateu Jaume Morey Bauza has a muscular body type. He possesses an average height of 1.72m or 5 ft 8 inches and weighs 67kg. Moreover, he has purple-colored eyes with black hair.

Journey of Mateu Morey to Bundesliga

The Spanish native initiated playing football from an early age of about 12 years old. Before joining FC Baceloba's Masai in 2015, he used to play for his home country club UE Petra and then after Manacor and Mallorca in 2013. After joining Barcelona, he won his career's first league, which is 2017-18  UEFA Youth League, after he was featured in 5 five games.

In the 2018-19 season, he was promoted to the  Barcelona B team but unfortunately, he suffered a severe knee injury in August 2018, keeping him away from football until March. After he refused to extend his career from the Catalans, due to which, he was removed from the team.

The Spanish right-back's Morey senior professional career began after joining Borussia Dortmund as a free agent on July 1, 2019, for a major 5-year contract in Bundesliga Side. Morey made his debut game for Borussia Dortmund on May 31, 2022. His previous injury had a direct impact on his physical health. 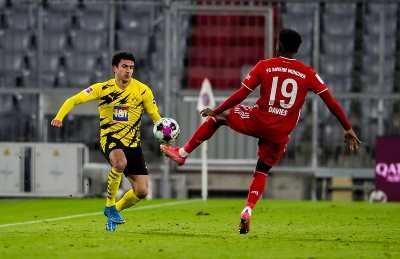 After his first knee injury, he is never the same. Again, Morey suffered a huge knee injury after landing awkwardly in a DFB Pokal match. Morey's knee injury has been a huge barrier to his career. Because of his injury, he was left to miss the remainder of the 2020-21 season.

Reportedly, he made his UEFA Championship debut on November 4, 2020, in place of Thomas Meunier in the match against Club Brugge. As the data last updated on April 18, 2021, he appeared in 29 games, adding 3 goals in his name.

Internationally, he has also displayed his nation in different ages. Morey was called up for  Spain U16, U17, and U18 for consecutive 3 years. The rising young German right-back has given a huge contribution to his nation.

In a sports person's career, the player has to face lots of ups and downs. Morey being a footballer, his knee injury has become a difficult hurdle in his football journey. While in Barcelona, he suffered his first severe injury, which kept him away a month from football. 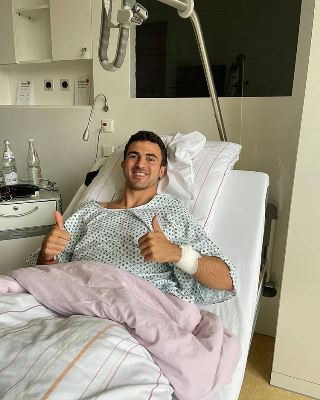 In the 2019-20 season, he had another knee injury that sustained both Cruciate Ligament damage in his knee as well as ankle ligament injury. He underwent 2 surgeries and missed the remaining games of the season.

Mateu Morey Net worth and Salary

The Petra-born player Morey is in the early phase of his career. His source of income is from his successful football career. At the age of 21 years, he is already earning a decent amount of money from the clubs. According to the sources, he has an estimated net worth of around $2 Million. When he joined Borussia Dortmund, he accumulated a monthly salary of £15,000 per week, summing up to £780,000 a year. In addition, he is set to add huge fortunes in the near future.

The Spanish young rising player is just 21 years of age, so he is still too young to get married at the moment however, he is in a relationship with his beautiful Girlfriend Catalina. When it comes to his love life, he is very open about it. 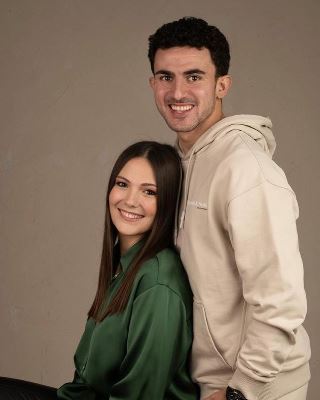 The couple posts their picture on Instagram quite often. The Borussia right-back has well balanced his professional and private life.