The Raptor's president is also the founder of Giants of Africa that aims to find basketball talents all around Africa.

The 2013 NBA Executive of the Year was also a former player who used to play during his college days but later turned into a business executive for the club. He had so many ups and downs from being a scout to being as he is today. Let's explore all about him in this article.

Masai Ujiri was born on July 7, 1970, in Bournemouth, England to Michael Ujiri and Paula Ujiri. Michael and Ujiri were in England for their studies at that time.

Masai's father was a hospital administrator and his mother was a doctor. and he grew up in Zaria, Nigeria but currently resides in the US. He likes to define his nationality as both Canadian and Nigerian as he holds the citizenship of Canada. He has a height of 6 feet 5 inches.

He went to Nathan Hale High School in Seattle, Washington, and went to Bismarck State and Montana State Billings for college. He used to play as a guard in National Basketball League Division Three between 1991 and 2002.

He started his career as a youth coach in Nigeria and turned into a scout for Orlando Magic in NBA. Later he worked as an international scout for Denver Nuggets. 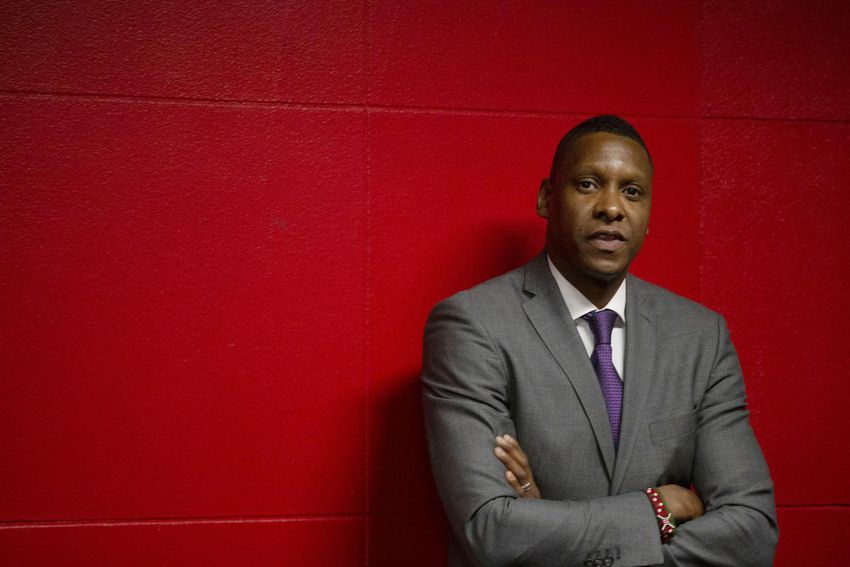 There he became general manager and was awarded NBA Executive of the Year in 2013.

Later in 2013, he signed a major contract with the Toronto Raptors to become general manager and executive vice president of Raptors. At his time, Raptors became the NBA Champion in 2019 for the first time in their history.

Ujiri's Net Worth Details and Properties

As per sources in 2021, Masai Ujiri reportedly possesses a hefty net worth of $20 million. He is earning such fortune from his successful time as a president at Toronto Raptors.

The millionaire president lives a lavish lifestyle with his wife and 2 children. 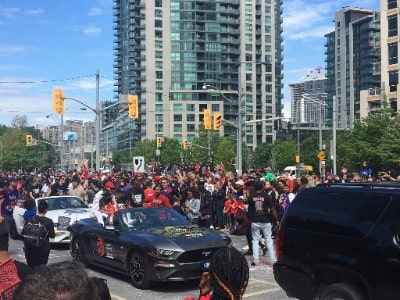 In 2013, he signed an admirable contract with Toronto Raptors. He signed a contract worth $15 million for five years. Again in 2018, he extended his contract at Toronto for five years more. worth $32 million. It paid well for the Raptors and they went on to win the NBA in 2019.

However, the 2019 NBA Champion has never talked about his market value.

Masai Ujiri is a happily married man with a marital relationship lasting over 13 years. His wife's name is Ramatu Ujiri, an American former fashion model from Sierra Leone.

Masai Ujiri met his current wife Ramatu in 2007. The now husband and wife duo shared the wedding vows back around 13 years. Since then, they always have been together and have supported each other in every possible circumstance.

Masai and Ramatu are the proud parents of 2 children, a daughter, and a son. Their lovely daughter's name is Sahara Ujiri but the couple has never shared information about their son. 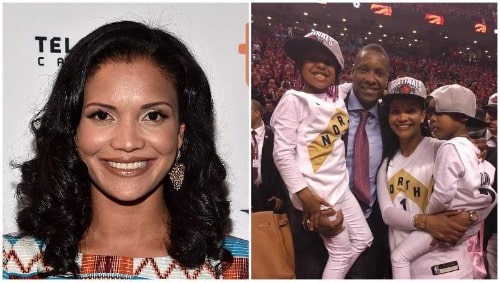 But one funny thing is there about Masai and his son Masai Jr. Once in an interview he jokingly told that his son will marry Raptors star player Kawhi Leonard's daughter.

To this date, there has been no news of the married couple having disputes in their relationship or separating. At present, the couples are spending a blissful married life.