Marwin Hitz is a Swiss professional footballer signed to the German top league Bundesliga club, Borussia Dortmund. Hitz wears jersey No. 35 for his club Borussia Dortmund. He plays as a Goalkeeper for his team, has represented the Switzerland U21 team, and made two caps for his national team in 2015.

On September 18, 1987, Marwin Hitz was born in St. Gallen, Switzerland. He has not disclosed a hint about his family to his fans to date. Marwin Hitz stands 6 feet 4 inches tall and weighs over 88Kg.

How much Rich is Marwin Hitz in 2022? (Net Worth, Salary, and Contract) Aside from his professional career as a soccer player, Hitz might be earning well through endorsement and sponsorships. The Swiss football player earns well through Adidas endorsement, while the exact amount he makes from such deals remains under the radar. He has an estimated net worth of more than $1.5 million. 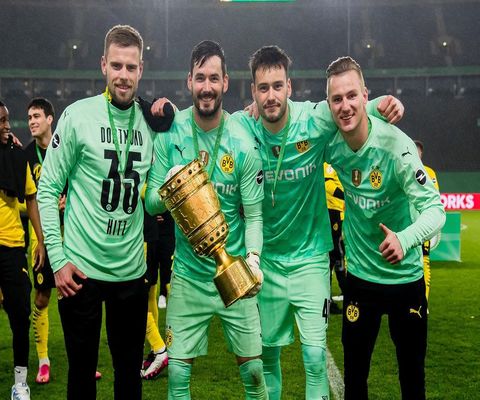 Hitz is set to earn million in the coming years, he is one the admired player from Switzerland and also adds ups well through playing for Switzerland's national team.

Is Marwin Hitz in a relationship? (Wife and Children)

Aside from a life as a busy soccer player, The Swiss goalkeeper is married to his longtime girlfriend named Pat. The couple dated for several years and got married long back ago in the presence of their close ones. 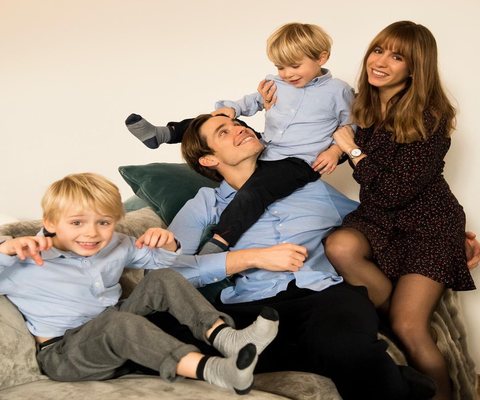 Hitz and Pat are blessed with two beautiful children. The married couple is often seen spending much of their vacations with each other in their home. So as of 2022, Hitz is a married man and loves posting about his personal life on his Instagram posts.

Stay tuned with playerswiki to know more about famous athletes.