Martin Frk is a professional Czech ice hockey player who currently plays in the National Hockey League(NHL) for the Los Angeles Kings as their forward. Previously, he played for the Carolina Hurricanes and Detroit Red Wings.

Martin Frk was selected by the Los Angeles Kings on  July 1, 2019, and signed a one year contract with them. The contract details, salary, net worth, girlfriend of Martin is described below.

How Much is Martin Frk's Net Worth and Salary?

Well, Martin Frk is currently playing for the Kings team in the minor league, so his salary is not much high. He is now receiving a salary of around $700,000 as of 2019. Previously, he received a salary of about $1.05 million in 2018.

In addition to this, he has a lucrative net worth which he made from his entire NHL career so far. As of now, his net worth is estimated to be around $3 million. Moreover, his career earnings are estimated at around $5 million to date.

In addition to this, his first NHL contract was with the Detroit Red Wings which was signed for three years worth $2.775 million on July 31, 2012.

Who is Martin Frk Currently Dating? Know about his Girlfriend

Well, being honest Martin Frk is also among the NHL players whose relationship status is always discussed by their fans. As of now, Martin Frk is not married, however, he is dating his lovely girlfriend, Kennedy Braun. 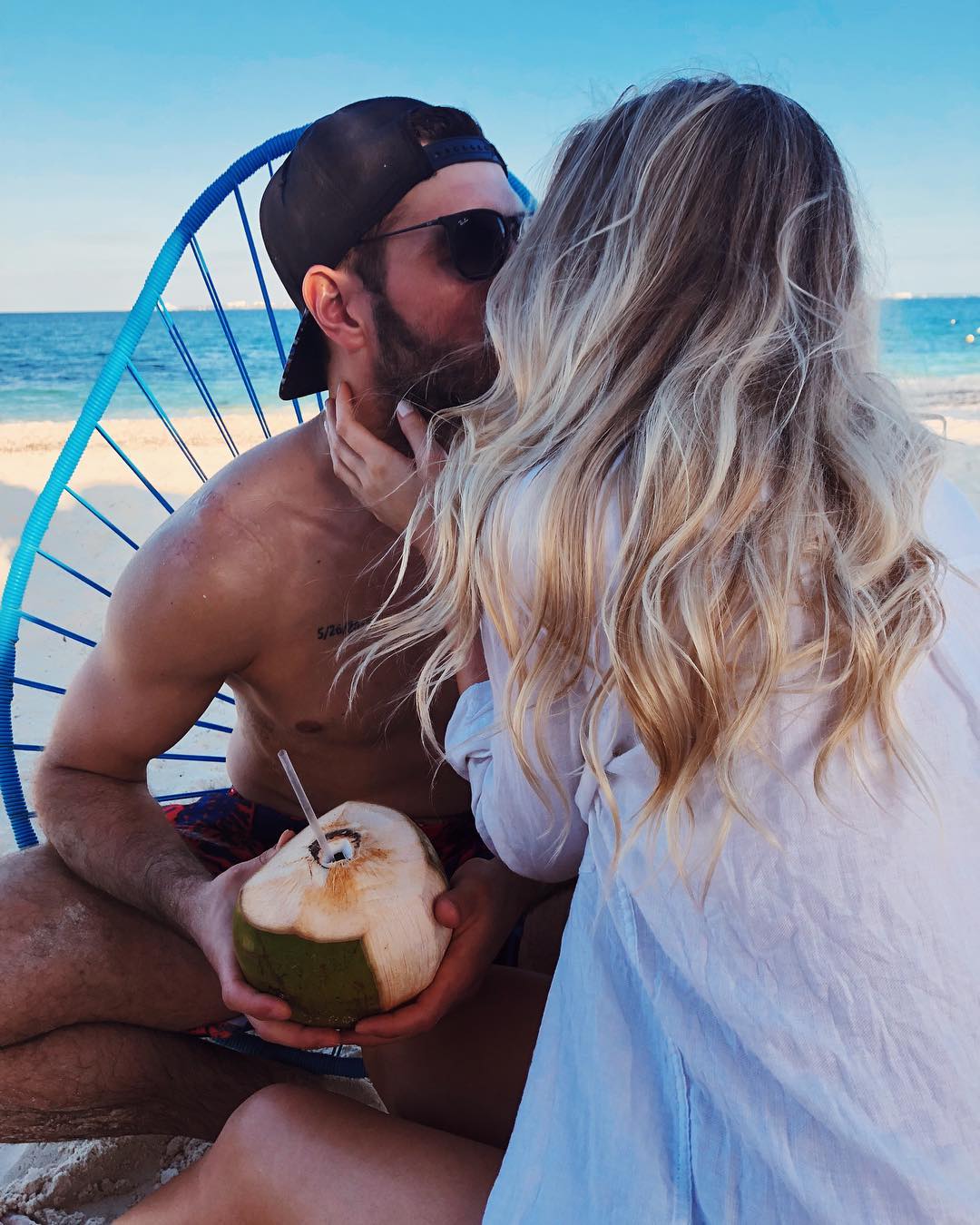 As you all know that Martin is not the best looking NHL guy and he misses his front tooth. Despite this, he got a gorgeous girlfriend, and they have been together for a long time. You don't need to be surprised by looking at his stunning and steamy girlfriend. 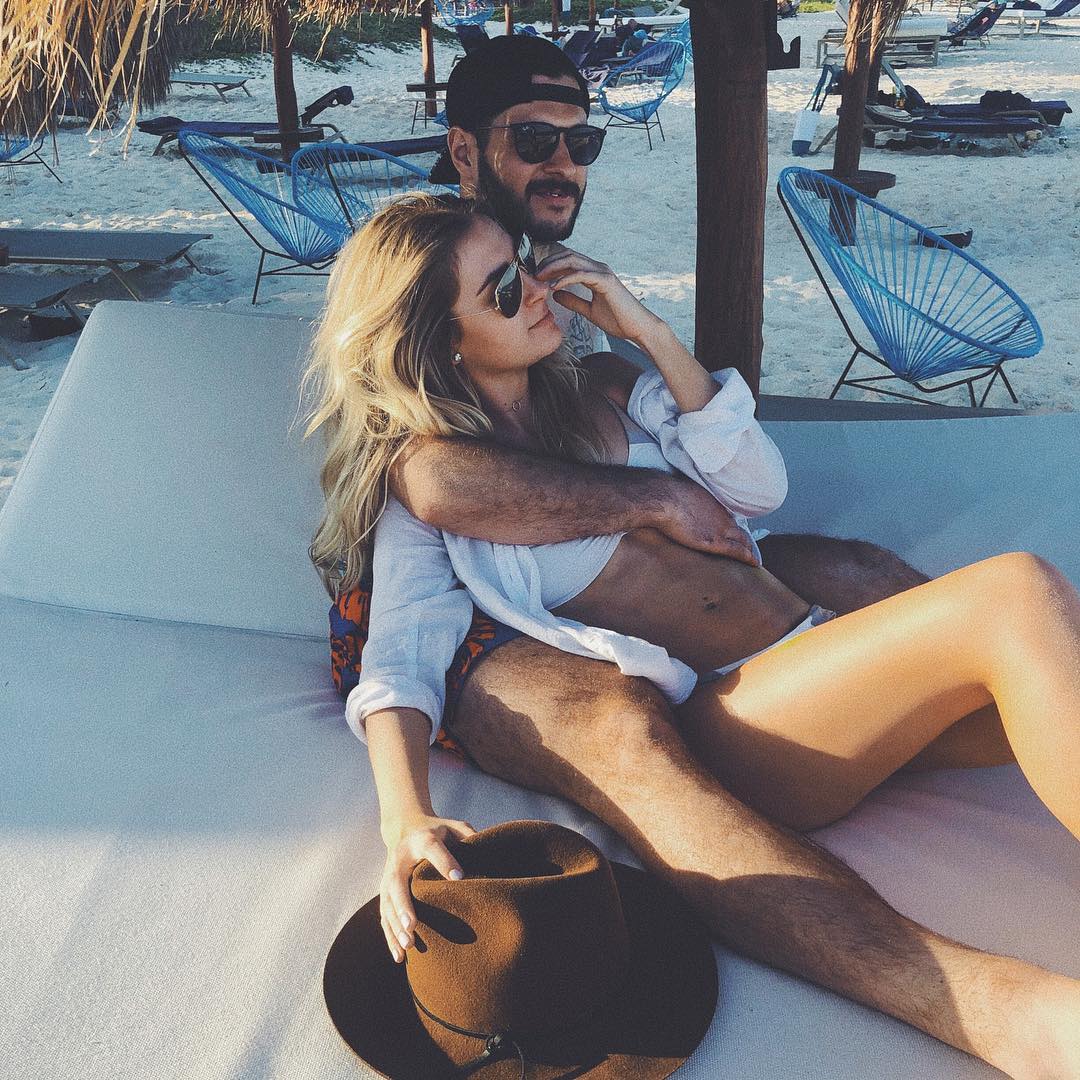 As per his social media, they are enjoying their romantic relationship sine early 2010s as he has posted several posts regarding his girlfriend Braun. As of now, their love bonding has grown very much stronger, and they are still happy with each other. After taking a closer look at their relationship, they are in deep love with each other.

He has mentioned in one of his Twitter post about his girlfriend saying, "Happy Birthday to my beautiful girl and best girlfriend ever @ Kennedy Braun.".

Who is Martin Frk? Know about his Childhood and Parents

Martin Frk was born on 5 October 1993, in Pelhrimov, Czech Republic. He holds Czech nationality and belongs to the white ethnicity. He was raised in Pelhrimov by his parents along with his siblings. They had an awesome childhood, and he got supported by his parents.

Martin Frk is a professional Czech ice hockey player who currently plays in the National Hockey League(NHL) for the Los Angeles Kings as their forward. Previously, he played for the Carolina Hurricanes and Detroit Red Wings.

He also played in the Quebec Major Junior Hockey League(QMJHL), and he also skated for the Memorial Cup champion team Halifax Mooseheads. His NHL debut was against Edmonton Oilers in 2016 season. Moreover, his 1st NHL goal was against Wilds Devan Dubnyk in the 2017 season.

Besides him, some of the other experienced players of Kings are Drew Doughty (alternate captain), (captain)Anze Kopitar, and Adrian Kempe.